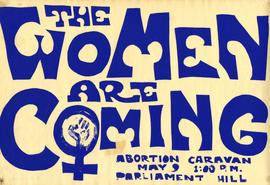 Helen Levine (nee Zivian) was born in Ottawa in 1923. She was a social worker, activist and professor. At the School of Social Work at Carleton University, she introduced women's issues and feminist perspectives into the curriculum for the first time. She received the Governor General's Award in Commemoration of the Persons Case for advancing the equality of women in Canada.

Helen Levine was actively involved in the women’s movement since the late 1960s. She was a member of the Faculty of the School of Social Work at Carleton University from the mid-1970s until 1988. Upon retiring, she practised feminist counselling as well as speaking and doing workshops on topics related to women’s personal and political struggles. She was a member of the Crones, a group of older feminists; of a singing group called Sistersong; and of Woman-to-Woman, a feminist counselling project in Ottawa. She published many articles, most of which have been critiques of the conventional helping professions and of the issues related to a feminist counselling approach. In October 1989, she was one of six women across Canada to receive the Person’s Award, in recognition of her contribution to improving the status of Canadian Women.

The Helen Levine fonds, 1931-2018, documents Helen Levine’s activities within the women's movement, as well as her social work and teaching career at the School of Social Work of Carleton University. The fonds illustrates Helen Levine’s implementation of a feminist perspective into school curricula.

Helen Levine made several donations to the University of Ottawa Archives and Special Collections. She donated documents related to her teaching career at Carleton University School of Social Work in October 1993. She donated her collection of t-shirts and posters in August 2010. In January 2019, Oonagh Berry gave original handwritten manuscript of the correspondence between herself and Helen Levine with two copies of the letters published as "Between Friends," Second Story Press, Toronto, 2005.

The majority of the fonds is open and accessible, however, some files are restricted for a predetermined period of time in keeping with relevant privacy laws. Please ask ARCS staff for further information.

A PDF finding aid is available.