This series consists of general information related to SORWUC as a national union. It contains a constitution document, information on SORWUC's history, samples of collective agreements, newsletters, handbooks.

Monthly and seasonal newsletters and pamphlets regarding various happenings within the SORWUC union and closely-tied communities.

Quick announcements via pamphlets explaining how union's function and what they primarily aim to provide workers with, as well as promotions for supporting the union. 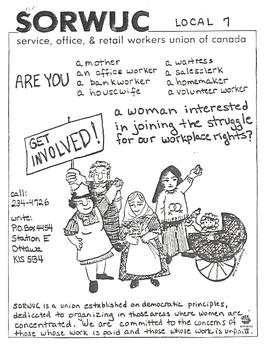