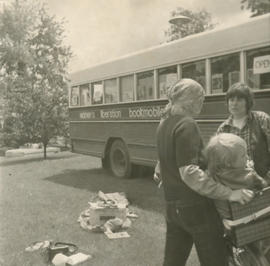 The fonds consists of documents relating to Kandra's carrier as a writer and personnel documents.

This fonds contains mock-ups of news packets for the Feminist News Services and one poster entitled 'Sisters'.