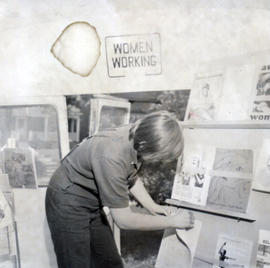 CORA in Stratford-Contact Sheet-2 of 12 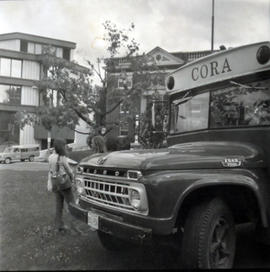 CORA in Stratford-Contact Sheet-11 of 12 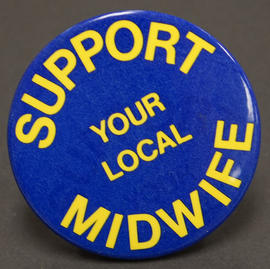 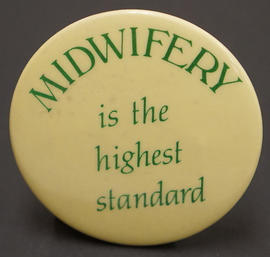 Midwifery is the highest standard 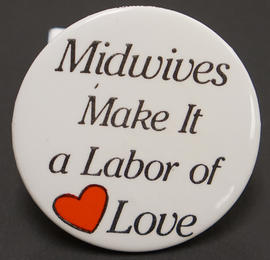 Midwives Make it a Labor of Love 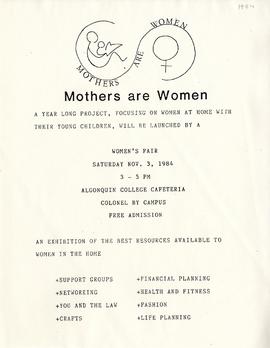 Part of Mothers Are Women fonds 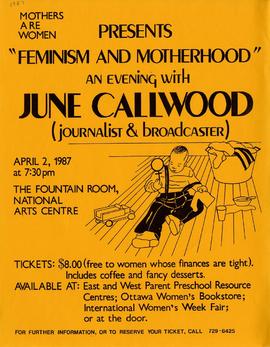 "Feminism and motherhood" an Evening with June Callwood

Part of Mothers Are Women fonds 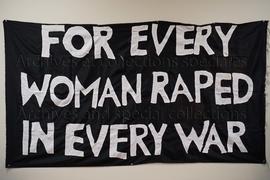 For Every Woman Raped In Every War

The banner is composed of black fabric with white letters sewn on with white thread. The banner For Every Woman Raped in Every War has been produced by the Political Action Committee of the Women’s Centre of Ottawa and used with the poem of the same name in an action on November 11, 1979, at the War Memorial on Wellington Street, Ottawa. The banner has been sewn at the Ottawa Women’s Centre. 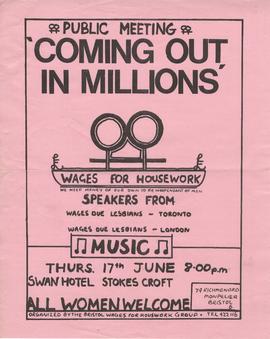 Coming Out in Millions: Public Meeting 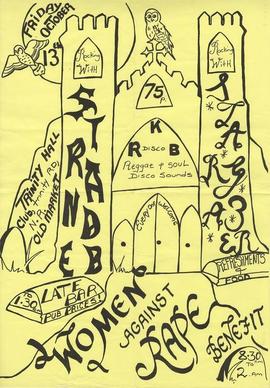