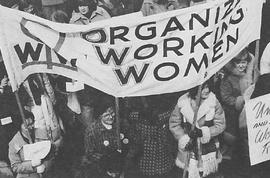 The file contains notices and posters for rallies supporting the women workers of Eaton's department store in Toronto, Ontario. 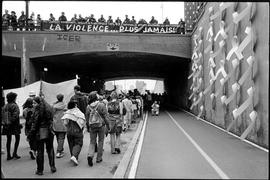 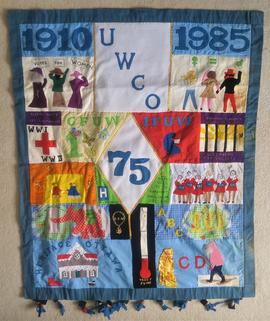 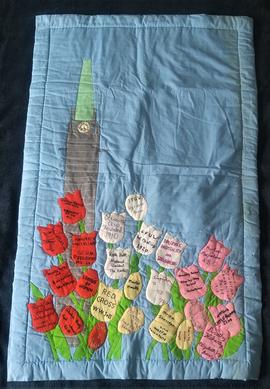 Banner with Parliament tour and tulips

This object consist of a blanket with woven fabric decorations. Some metal objects are also sewn. The decorations consist of a patchwork. Each sewn pieces are an illustration of an activty or organisation in which UWCO was involved. 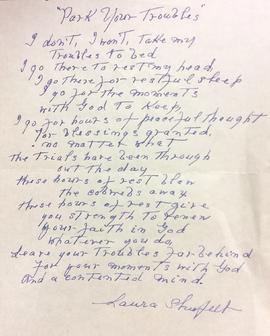 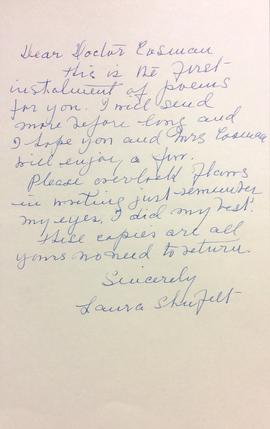 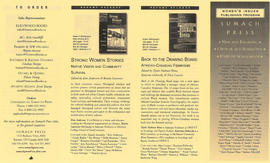 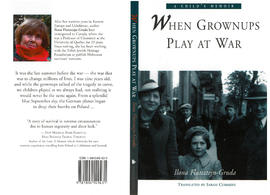 When grownups play at war

Consists of the cover artwork for the title published by Sumach Press. 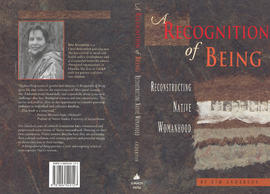 A recognition of being: reconstructing native womanhood