COVID-19: Last Update
Important Changes at the Library this Fall
Since most of our buildings are closed, some in-person Library services or resources described on this page are currently unavailable. For more details on how the Library can help this semester, check out our services updates or feel free to email us, chat with us, or reach out to a librarian or specialist in your discipline.

The Archives and Special Collections maintains collections of rare manuscripts, rare printed books, artist's books, facsimiles, pamphlets, and periodicals/newsletters. These collections have been formed over time by donations, purchases, and transfers from the general collection.

All items in these special collections are inventoried in the library catalogue which can be accessed via the OMNI tool available on the Libary's homepage.

The Manuscript Collection at the Archives and Special Collections is varied and includes items on a wide variety of subjects and forms. They are produced on parchment or paper and most are bound. The oldest manuscripts are dated from the end of the 15th century and the most recent ones are from the 20th century.  Among the oldest manuscripts  in the collection are two  Books of Hours:  The Hours of the Virgin [BX 2024 .A2 1450] is an example of a manuscript meant for daily use by its owner with sober writing and no  illuminations. The Book of Hours for use  in Rome [BX 2080 .L59 1495] was produced at the end of the 15th century and is richly illuminated with miniatures attributed to the Master of Jean d'Albret.

The Rare Book Collection includes  over 14,000 printed books from the 15th to the 20th centuries which cover subjects such as medicine, law, literature, philosophy, natural sciences, geography, science, architecture, history, arts, etc. The collection includes books published in Europe and America, but there is also a significant collection  of Canadiana, including periodicals .

The oldest printed books, the first books printed by typographical processes, are called incunabulum (sing.) / incunabula (plural). The term incunabula comes from the Latin "incunabula" which means "cradle". These are books published between the invention of printing around 1455 and the end of the year 1500. The Archives and Special Collections holds 5 incunabula, some of which are extremely rare. The collection also includes some fifty post-incunabula works published between 1501 and the late 1540s.

The ARCS collection of art books and artist's books is quite varied. There are several dozen artist's books, here defined first as a work of art designed by an artist, as well as several classic books illustrated by artists, illustrators and painters (more the definition of an illustrated book). The collection also includes some art books, often published by private publishers.

The facsimile collection consists of more  than a hundred titles of reproductions of various manuscripts and printed works, including:

The collection also includes facsimiles of 19th and 20th-century manuscripts, including:

A facsimile can be a copy or reproduction of a book, manuscript, drawing, work of art or other valuable documents, which is as identical as possible to the original source. Facsimiles are used, for example, by students or researchers for research on a source to which they otherwise have no access, and by museums and archives for the preservation of originals.

The pamphlet collection includes nearly 6,000 printed documents. The oldest pamphlet is dated 1774 and the most recent is from the 1990s. Due to their smaller size and lower quality binding (if present), pamphlets were typically ephemeral and tended to disappear quickly from circulation. The collection at the Archives and Special Collections is thus of particular importance and contains several very rare items.

The ARCS collection of pamphlets includes a large selection of pamphlets published in Canada. The oldest of these were published by the famous printer Ludger Duvernay in the first half of the 19th century, including several scholarly manuals Le Maître françois (1822),  Nouveau traité abrégé de la sphère (1829) and Nouvel alphabet pour les commençants (1830).

The Bernard and Sylvia Ostry Collection

The collection includes approximately 5,000  books and pamphlets, as well as some archival documents. It is an important resource for the study of Canadian and international history, economics and politics. The collection also includes works related to philosophy, literature, religion and the arts. Many of the works in this collection are signed by the authors.

The collection contains about 750 books on Canadian history, politics, economics, and about 400 pamphlets by Canadians or about Canada. These pamphlets include speeches by many political actors during the Second World War, as well as numerous books related to economic and statistical issues.

Among the important elements of the collection is a collection of about 275 books and pamphlets on Christian socialism, dealing mainly with the Owenist movement derived from Robert Owen's utopian socialist philosophy (1771-1858). This movement began in England and was spread in the United States by Robert Dale Owen (1801-1877) son of Robert Owen who led the utopian community of New Harmony in Indiana. Works on the development of socialism and workers' movements complete this collection. The collection includes volumes on the French Revolution and its aftermath, works by Marx, Engels, Lenin, Trotsky, books on the socialist movement in Britain in the 1930s. It includes publications of the Left Wing Book Club that were distributed exclusively to its members, as well as books by political thinkers of the time such as Belfort Bax, Edward Hallet Carr, G.D.H. Cole, John Strachey.

Another important aspect of the collection is the collection of about 260 pamphlets about the Far East from 1870 to 1938. These documents cover history, trade, the Opium issue, as well as various aspects related to culture and development. The collection includes 19 volumes from the second series of the Transactions of the Asiatic Society of Japan publication.

The Ostry Collection can be accessed via the library catalogue

Sylvia Ostry is a Canadian economist and public servant. D. in economics from McGill and Cambridge Universities, she held several teaching and research positions at several Canadian universities and at the University of Oxford's Institute of Statistics. In 1972, she began her career in the federal government and was one of the few women at that time to hold important positions in the federal government. She was Chief Statistician of Canada at Statistics Canada, Deputy Minister of Consumer and Corporate Affairs, President of the Economic Council of Canada, Head of the Department of Economics and Statistics at the Organization for Economic Co-operation and Development in Paris, Deputy Minister of International Trade and Coordinator of International Economic Relations. In 1986, she became a member of the Group of Thirty, a Washington-based financial advisory body. Throughout her career, Sylvia Ostry directed several research projects. In 1990, she was a researcher and President of the Munk Centre for International Studies at the University of Toronto. From 1991 to 1996, she was appointed Chancellor of the University of Waterloo and then Chancellor Emeritus in 1997.

Sylvia Ostry has given numerous speeches in Canada and abroad, written numerous books and articles on various aspects of the international economy, particularly on the development of the multilateral trading system and the impact of globalization. She received the Outstanding Achievement Award, the most prestigious award in the Canadian public service. She was appointed an Officer of the Order of Canada and made a Companion of the Order of Canada.

Bernard A. Ostry was a Canadian author, philanthropist and public servant. He studied international history before starting his career at the University of London and the University of Birmingham in England. He co-authored William Lyon Mackenzie King, The Age of Mackenzie King: The Rise of the Leader with historian H S Ferns in 1955, a controversial study of the Prime Minister. From 1960 to 1968, he worked for the CBC as a broadcaster. He then held several senior positions in the federal government: Assistant Deputy Secretary of State (1970-1973), Secretary General of the National Museums of Canada (1974-1978) and Deputy Minister of Communications (1978-1980). In 1978, he authored the book Cultural Connection. During the early 1980s, he worked as a deputy minister in the Ontario Government. In 1985, he was appointed as the President and Chief Executive Officer of TVOntario and held the position until his retirement in 1992.

With his wife Sylvia, Bernard Ostry collected early 20th century decorative artworks and donated them to the Royal Ontario Museum. He was appointed an Officer of the Order of Canada in 1988 and promoted to Companion in 2006. He received honorary degrees from several Canadian universities. 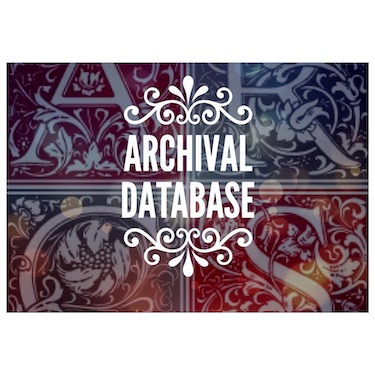