COVID-19: Last Update
Important Changes at the Library this Fall
Since most of our buildings are closed, some in-person Library services or resources described on this page are currently unavailable. For more details on how the Library can help this semester, check out our services updates or feel free to email us, chat with us, or reach out to a librarian or specialist in your discipline. 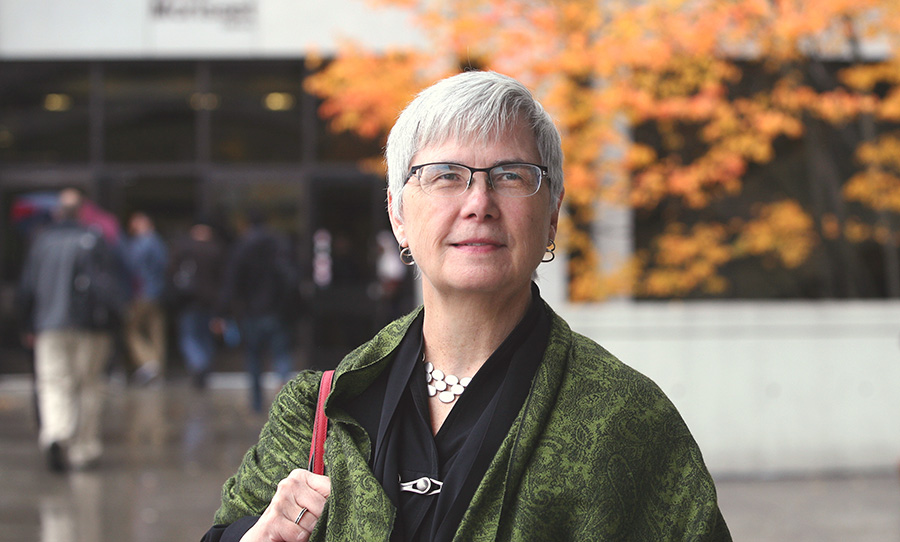 University Librarian at the University of Ottawa Leslie Weir has been named the 2015 recipient of the CLA/Ken Haycock Award for Promoting Librarianship. Named in honour of distinguished educator, administrator, advocate and CLA past‐president Dr. Ken Haycock, this award is given to individuals who have demonstrated exceptional success in enhancing public recognition and appreciation of librarianship.

“In her 30-year career, Leslie Weir has been actively involved in not only promoting, but also shaping and developing the profession of librarianship,” said Hélène Carrier, Director of the Morisset Library at the University of Ottawa.

Among Weir’s many achievements:

But of all of her accomplishments, the one dearest to her heart is the founding of the uOttawa School of Information Studies.

In early 2014, the School received ALA accreditation for seven years, the longest period possible. Complementing this contribution to the development of new members within the library and information community, Leslie Weir has been actively involved in the Northern Exposure to Leadership (NELI) Institute, supporting future leaders in the library community.

The CLA/Ken Haycock Award will be presented at the opening ceremonies of the CLA 2015 National Conference and Trade Show on Wednesday, June 3, in Ottawa. Congratulations Leslie!