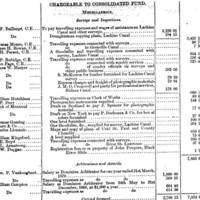 Zenith telescopes and transits, rulers and range finders, surveyor's crosses and compasses - surveyors relied on their instruments to orient themselves in the wilderness and make accurate measurements. But who could be trusted to make these essential tools?

This exhibit section explores the survey instrument industry in Canada, and highlights the achievements of Canadian instrument makers.

Conflict, Rebellion, and Innovation: The Early Days of Surveying in Western Canada 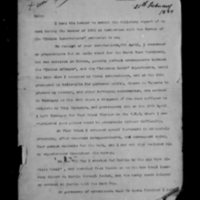 This exhibit is centered around an iron post found by R. W. Clark in Rolling River, Manitoba in 1953. The artifact, seemingly void of any shocking appeal, is actually a symbolic, multi-dimensional survey marker, enriched by the historical background of Canada's ambitious plans to survey its Western lands in the 1870s. This exhibit will explore the context of this program, focusing on the haunting episodes of the Riel Rebellions and creating connections between land surveying and military conflict. The artifact's association with Dominion Land Surveyor John McLatchie reveals even more depth within the significance of this artifact. In sum, this exhibit is concerned with the big picture -  What effects did Canada's survey agenda have on the populations already settled in Manitoba and the North-West Territories? How should we consider the importance of Dominion Land Surveying to the course of Canadian history overall? 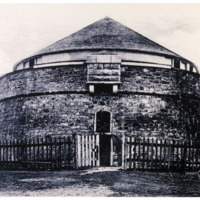 Since raw resources and sea routes attracted Europeans to the North American continent in the sixteenth century onwards, the French and English competed to establish trading posts and colonial settlement in North America. Soon, the European Empires recognized the importance of coastal cities such as Halifax in order to protect the continent’s interior from conflict from the south (United States) and overseas (competing Empires).

This exhibit gallery displays the history of the defence of the Halifax Harbour by examining the War Department survey marker placed at point Pleasant Park in Halifax, Nova Scotia in the nineteenth century by the government of Great Britain. By examining this marker, we can understand the history of the British in North America and the importance of Halifax in protecting the North American interior against foreign aggression. 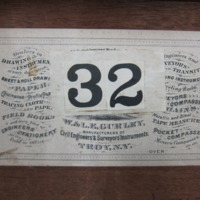 This section is looking into the history of use and ownership of a particular solar compass found in the Canada Science and Technology Muesum, Ottawa, Ontario. Within its life history, this compass passed through the hands of Canadian surveyors Lindsay Russell, G.C. Rainboth, P.A. Carson, until it was collected by Mrs. Mary Grey, curator at the National Museum of Science and Technology. Who are these people? Where did they work? What kind of adventures did this compass experience? Click on the sidebar to find out Who Used Me! To best view all documents included in this exhibit.

* In order to view some links from Natural Resources Canada, it si recommend to download the free DJVU reader available here. 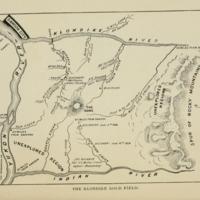 One of the greatest developments in banking took place during the early 19th century when the Bank of England decided to "set up an international gold standard to bring order and stability to the international economy." Soon, countries that adhered to this new banking system began to feel the restraints of limited capital (Chilkoot Trail, 50). The 1880s and 1890s brought about series of "bank failures, a depression and currency devaluations." Gold became even more important and its discovery in the Northern part of Canada soon placed the Klondike on the World map.

Before the discovery of gold in the Klondike Region, the Yukon was a district within the Northwest Territories with Regina as its capital and "its boundaries the source of an ongoing dispute with the United States."

With the discovery of gold in 1896, a rapid advance in the development of the Yukon soon took place, leading to the establishment of the Dawson and Klondike Townsites. The surveying of the Klondike Townsite will not be conducted until 1901, a few years after the rush had completely subsided. 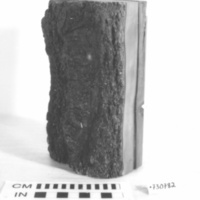 The Cowichan Valley survey marker remains a crucial object for Canadian history.  Its division of the Cowichan Indian Reserve and Cowichan Valley, modern day Duncan BC, represents a larger cultural phenomenon in a uniquely Canadian context; the dichotomy of settler and First Nations communities and their relationship to land.  In short, the act of surveying lands demonstrates the importance of boundaries and ownership to Canadians, and the Cowichan Valley survey marker is a representation of the cultural, legal, and physical boundary between these two autonomous nations within Canada.

What is a boundary?

A boundary is a physical or aritificial line that indicates the extent of owned land parcels.  Parcels are areas of land that can include waterways, buildings, natural resources, or airways and are legally owned.  A boundary divides parcels and is defined by the parties who have interest in that land. (NRCAN "Surveys, Parcels and Tenure, 2010)

Of Monuments and Men 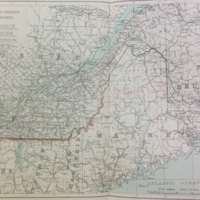 A tall, black monument once marked the border between Canada and the United States. Now part of the Canada Science and Technology Museum collection, the monument tells the tale of two titans - Great Britain and America - asserting their sovereignty. But a closer reading shows it also holds the story of one man...

Provenance research not only reveals new information about this iron post, but also introduces the human story behind the cold, hard (arti)facts.

The Case of the Mysterious Gun Barrel 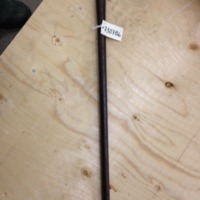 Somewhere in York County, New Brunswick lies a stone wall between Kingsclear Reserve no. 6 and St Anne's Roman Catholic Church in the town of Kingsclear Parish. In 1963, a surveyor named R.O. Semper found an unofficial survey marker between these two parts of the community in the form of a gun barrel lodged in the wall.

Unlike official markers, this barrel has no record of its placement, only a date of finding and a rumour by the locals that it was used to separate the Church from the Kingsclear First Nations. Is this true? Why a gun barrel? Come on an adventure to find some answers. 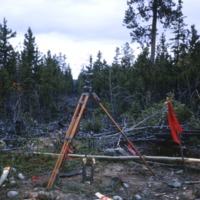 In 1952, Dominion Land Surveyor, R.W. Clark began collecting historic survey markers in order to preserve the history of federal surveying in Canada. Clark and several passionate colleagues collected a variety of markers from across Canada. In 1973, the historic monument committee of Energy, Mines and Resources (now Natural Resources Canada) donated this entire collection (over 140 markers) to the National Museum of Science and Technology.

In this exhibit we share some historic slides of the original collectors that we examined during a visit to the Surveyor General Branch, Natural Resources Canada.

An early history of the marker collection can be found in following article from 1965: 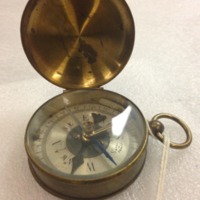 Compasses have become a important symbol in Canadian popular culture. From t-shirts to tatoos this navigational instrument can be seen in various fashions on a daily basis. The compass has attracted much attention because of its aesthetic qualities and what it represents. It is associated with adventure, discovery, travelling, exploring, and orientation among other themes.

The discovery and the orientation of the unknown have been made possible with tools such as the pocket compass. Compasses have helped explorers, surveyors, cartogrophers, and travellers find their way in unfamiliar lands and this has led to some important discoveries and developments for Canadian culture.

The compass displayed in this exhibit section has oriented surveyors and explorers in the unfamiliar Canadian West in the Victorian period. As a result it facilitated trade and the instrument itself also embodied imperial trade as this exhibit will demonstrate.