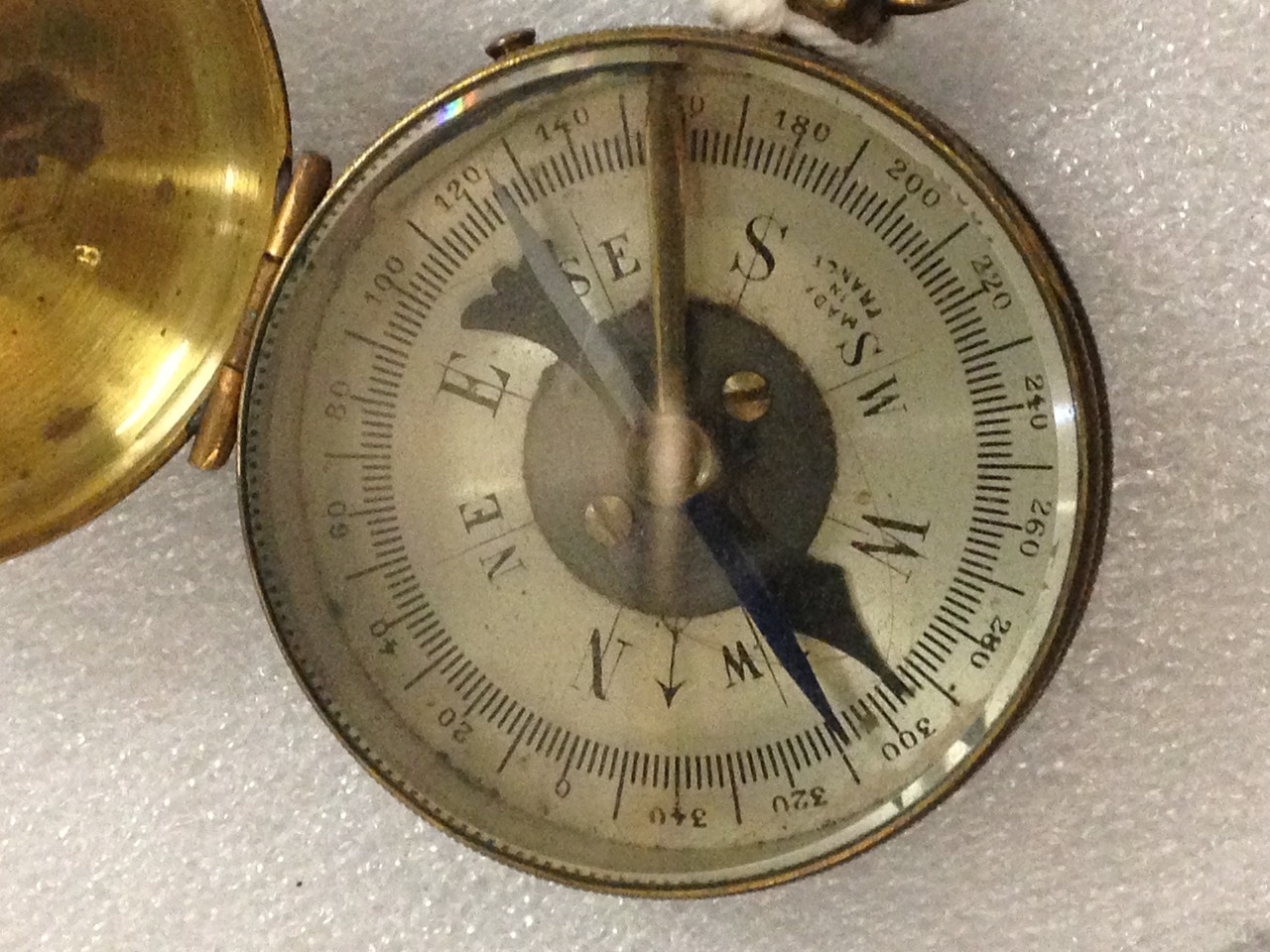 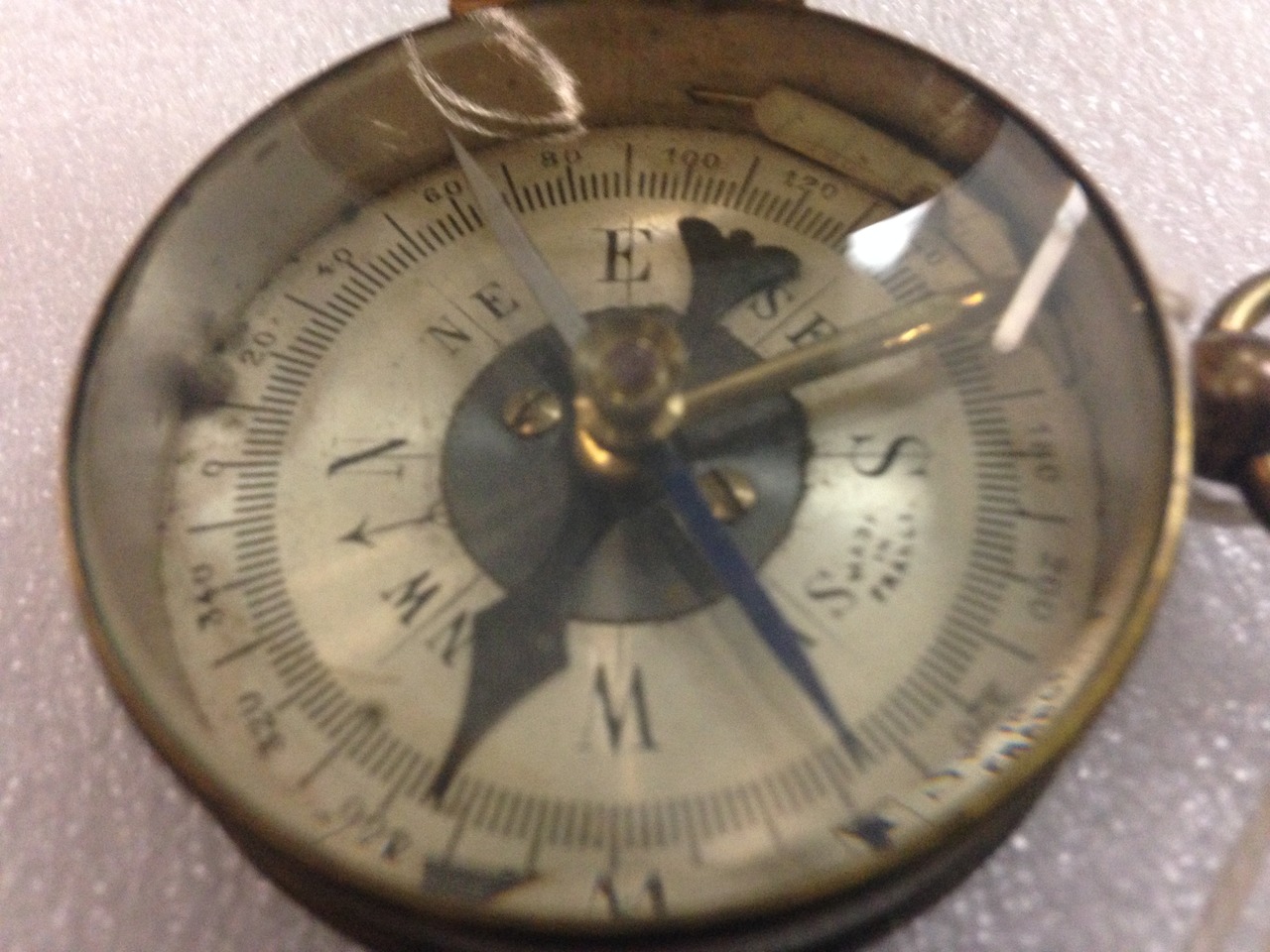 Under the glass - that is to say on the compass's face - there are three arrows that allow one to navigate due to the magnetic force of the earth. There are markings that indicate the North, East, South, and West. There are also numbers which indicate varying degrees in correspondance to the magnetic North.

One unusual marking is the "Made in France" mark. This marking is important as well as the overall design of the compass as they point us to a possible manufacturer in France who specialized in exports to various European countries (the United Kingdom, Germany and Russia) as well as the United States: Collignon-Houlliot. As such, British surveyors could have brought these compasses to British North-America upon performing their first surveys. The compass could have also been given to Dominion Land surveyors directly either by the manufacturer itself, through the British, or through the Americans.

The UK Merchandise Marks Act came to in 1887, this act required every item be labelled by a trade description. “The expression ‘trade description’ means any description, statement, or other indication, direct or indirect.

This act protected against fraud.

The marking is therefore an indication that the compass was made in 1887 after the establishment of the Act; this refutes the original date provided by the donor of circa 1875.

Even with this new possible manufacturing date, we are uncertain as to who the manufacturer was or even the distributor as the compass is unnamed. The original designs of the Collignon-Houlliot company that existed in the late nineteenth century were confiscated by the Germans during their occupation of France in the Second World War.