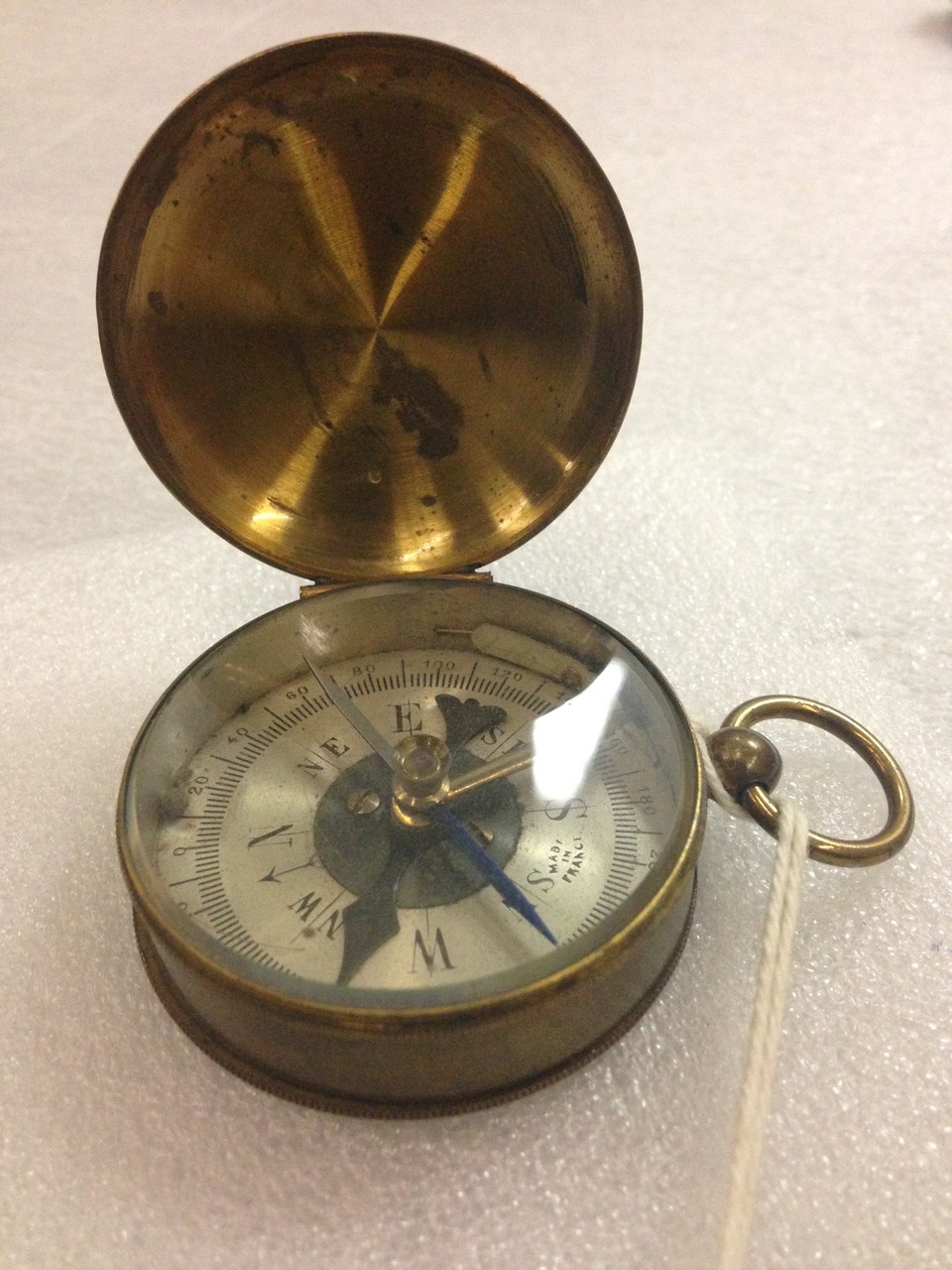 As the manufacturer (Collignon-Houlliot) exported compasses throughout the world, it is interesting to compare different models.

This image is to compare three models thought to have been made by Collignon-Houlliot and destined for various countries: UK, Germany, Russia.

The compasses are very similar in terms of their overall design. Some notable differences include:

1. Different languages corresponding to the languages of the countries are used for the coordinates.

2. The UK model has a 'Made in' mark. This mark was introduced in the UK through the Law of Merchandising Act of 1887 that served to regulate all foreign made items. Note: the other two models do not have such marks.

3. The Russian model has a C-Shaped North end needle that stands for "CEBEP", the Russian word for sever.

4. The German model's cover, not featured here, has a "D" engraved in it. The "D" stands for "Deckel" in German meaning "Lid". The model featured (UK Model?) also has a cover with the engraved letter "C". It is, therefore, speculated that it must be "C" for "Cover". The Russian model does not have a cover.