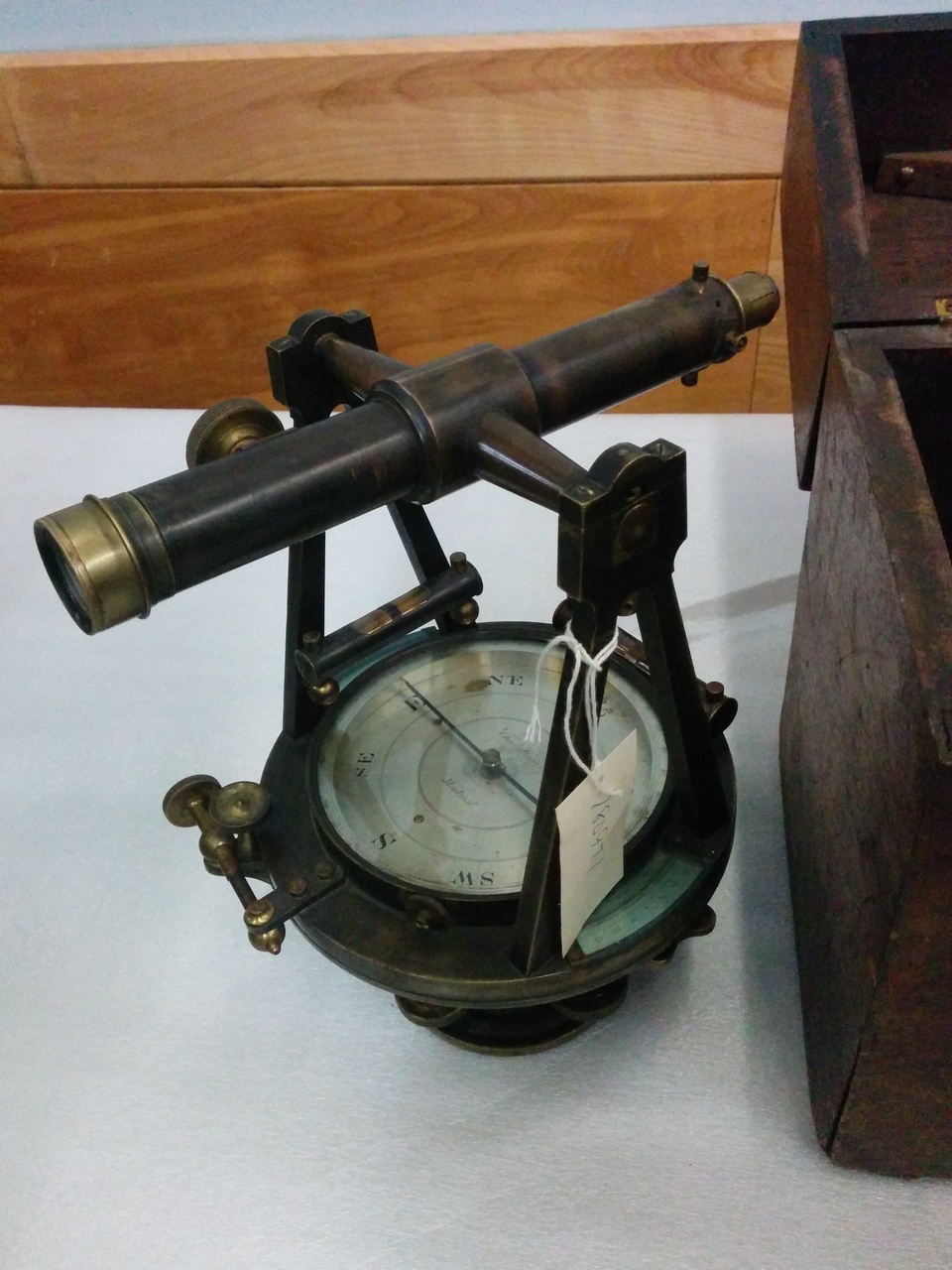 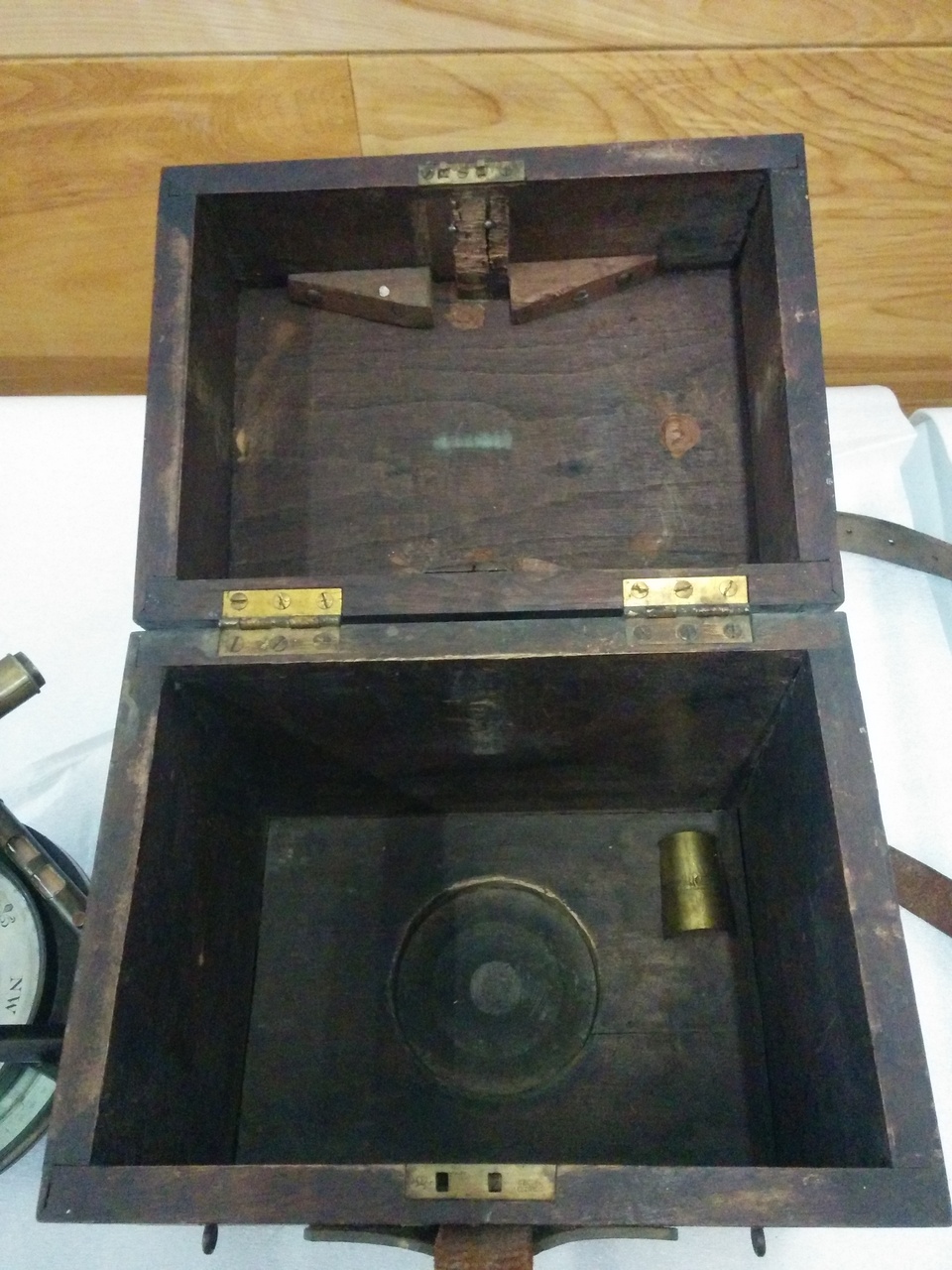 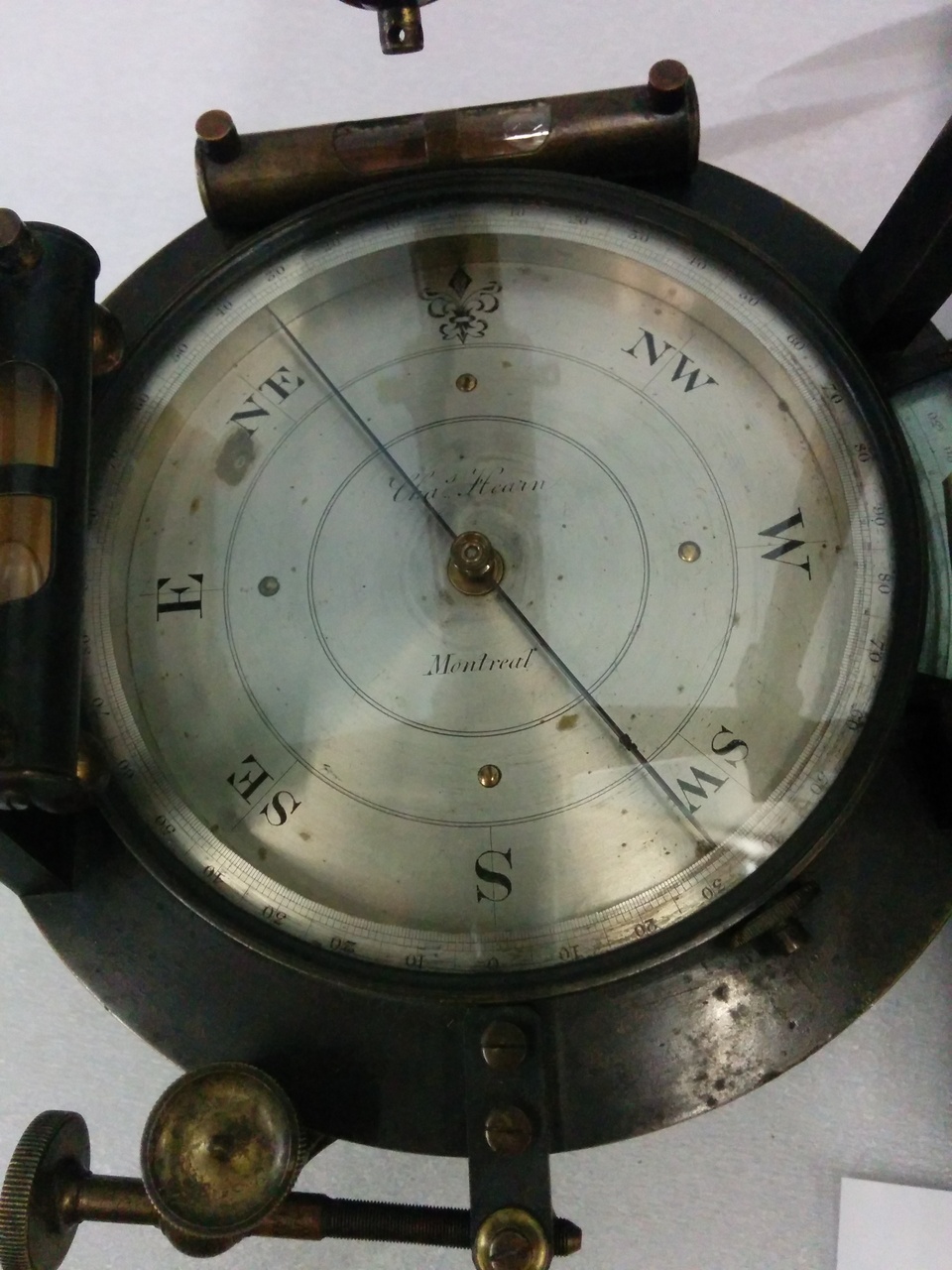 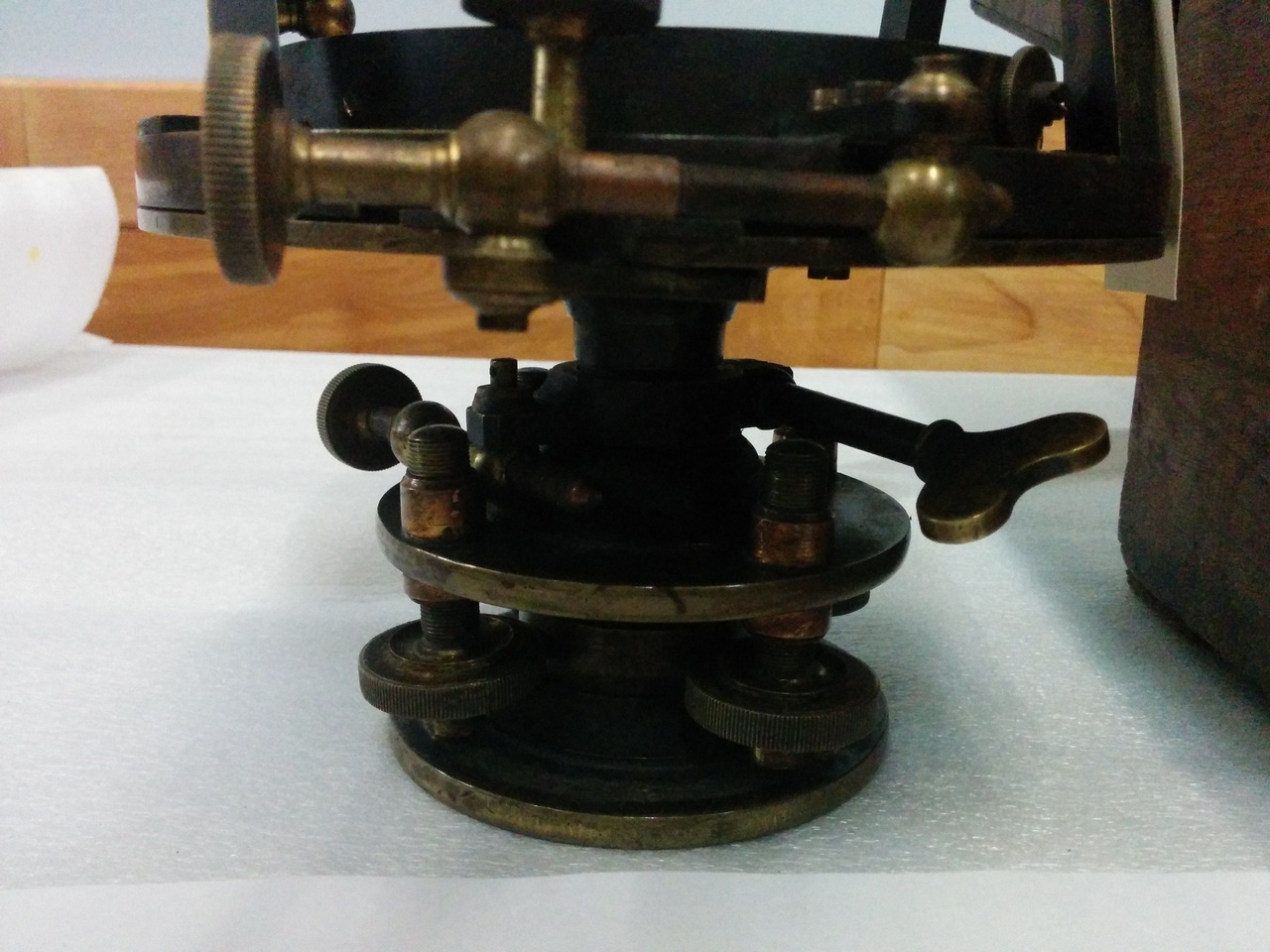 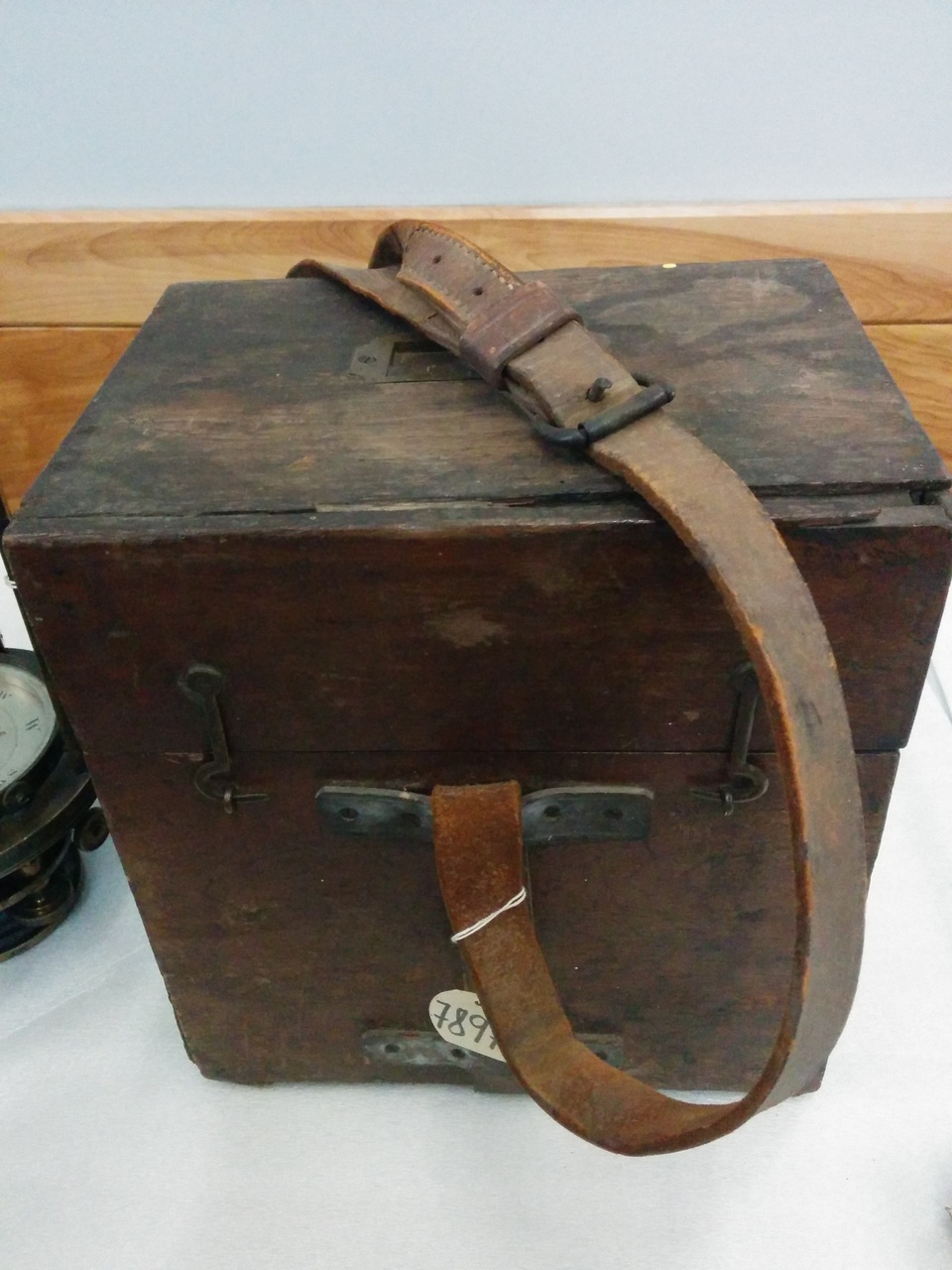 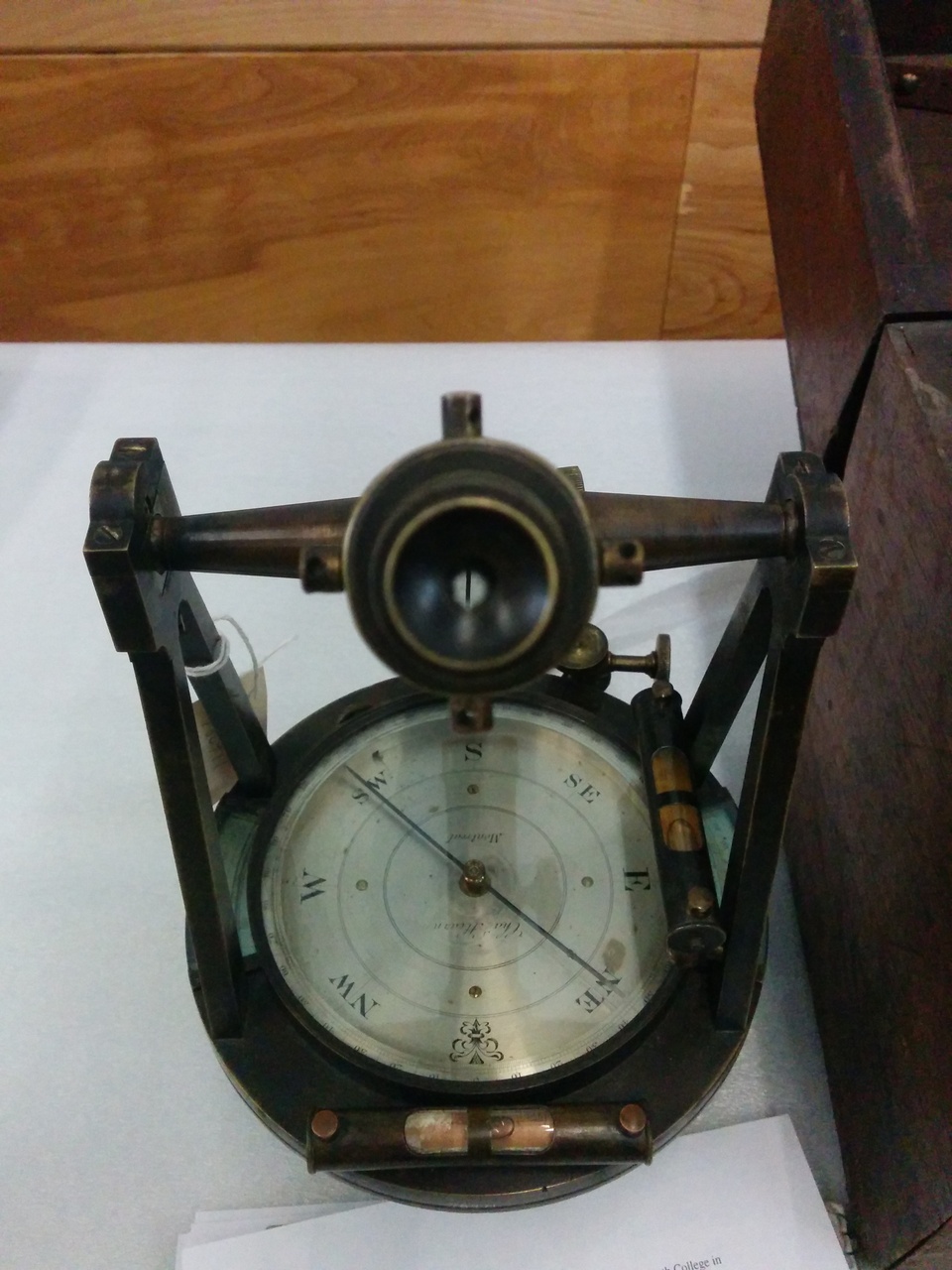 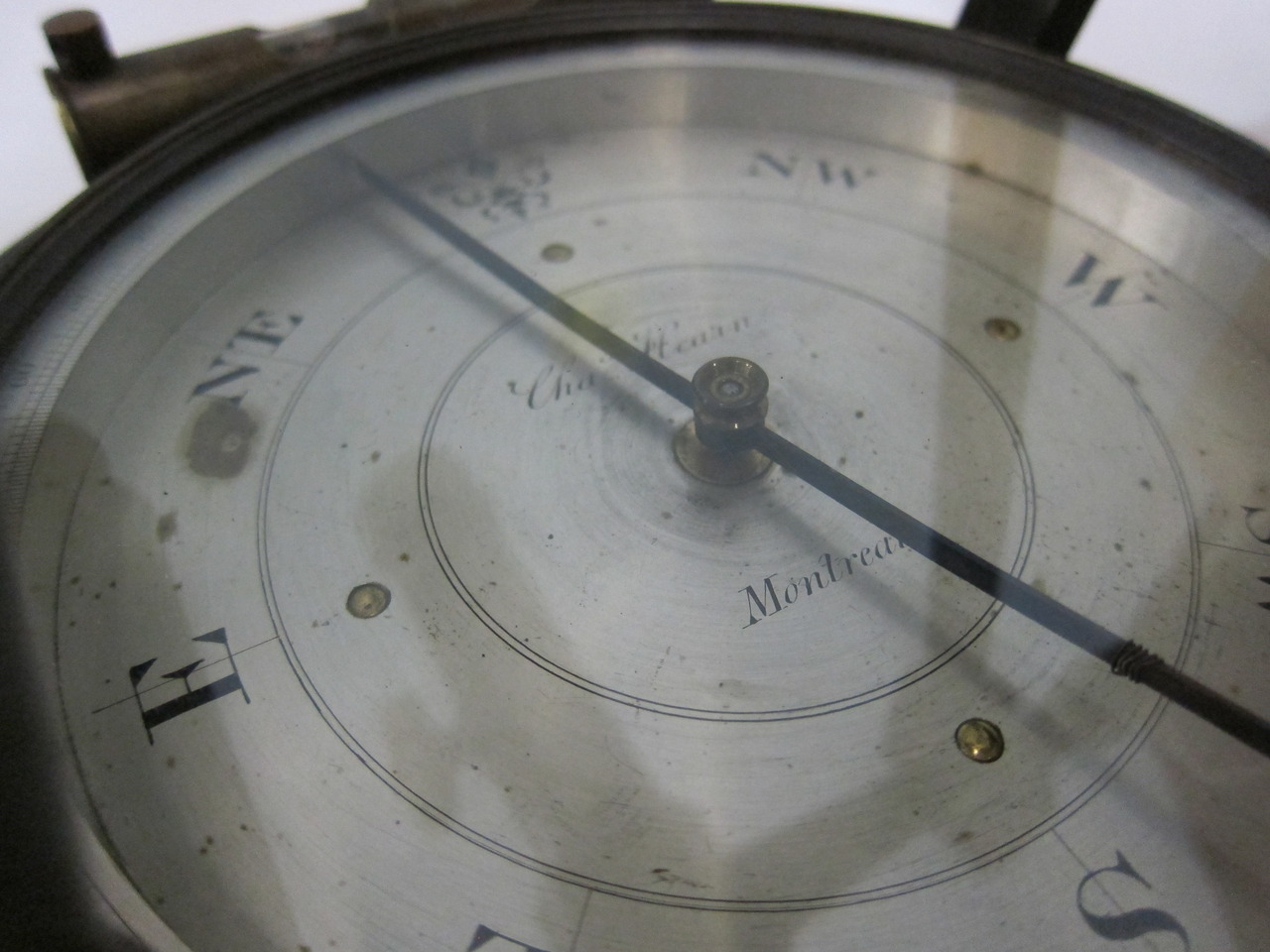 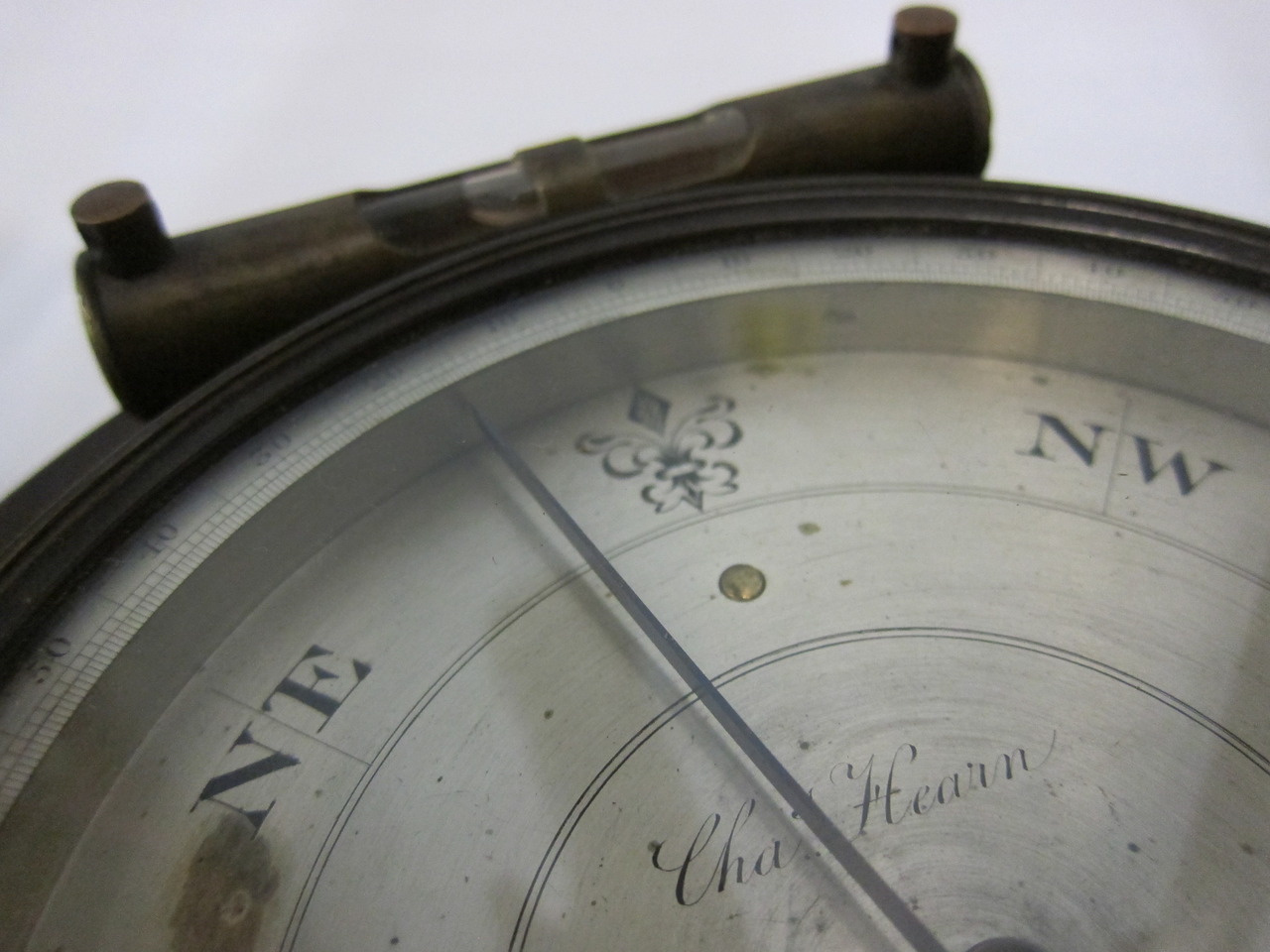 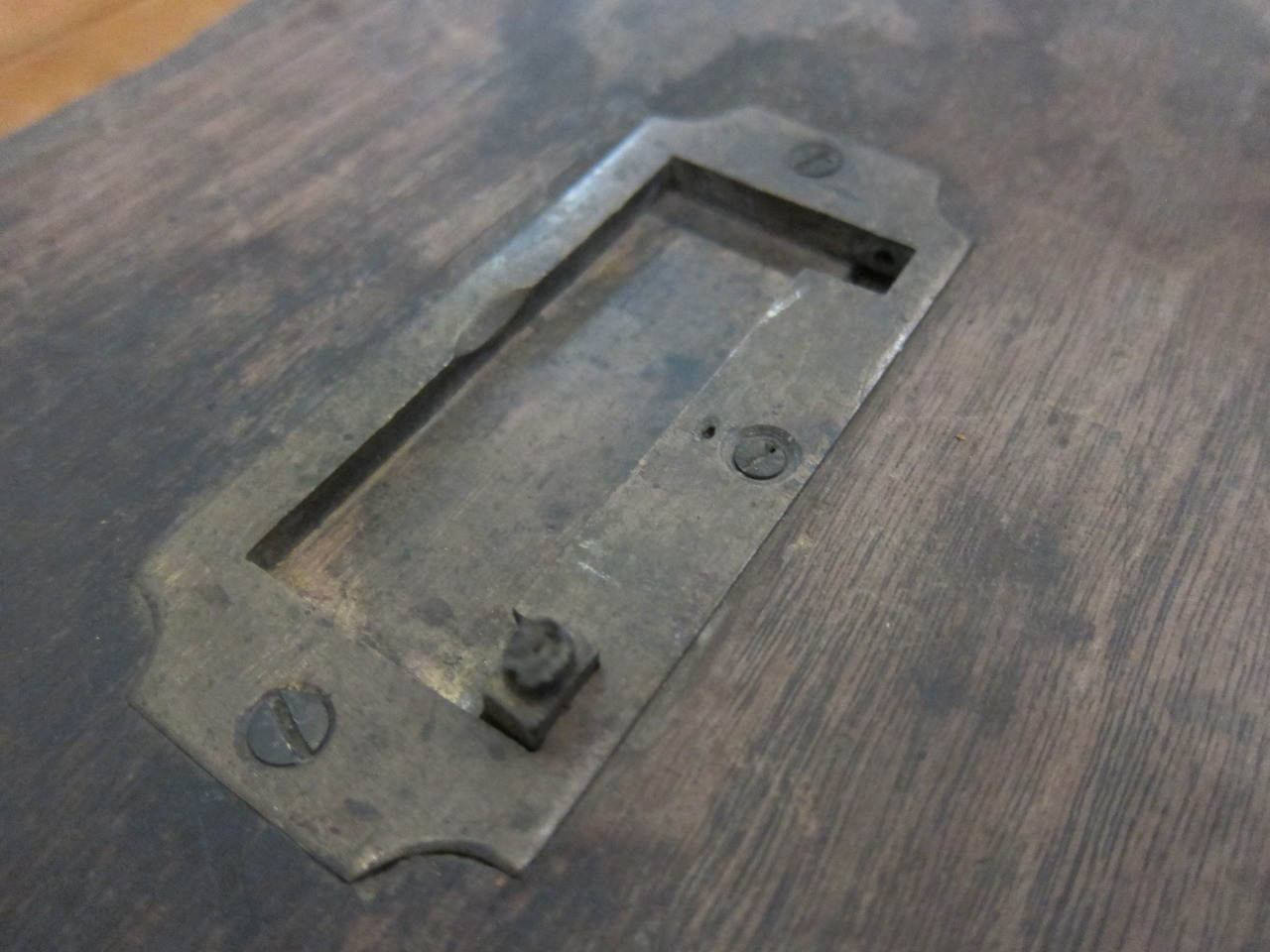 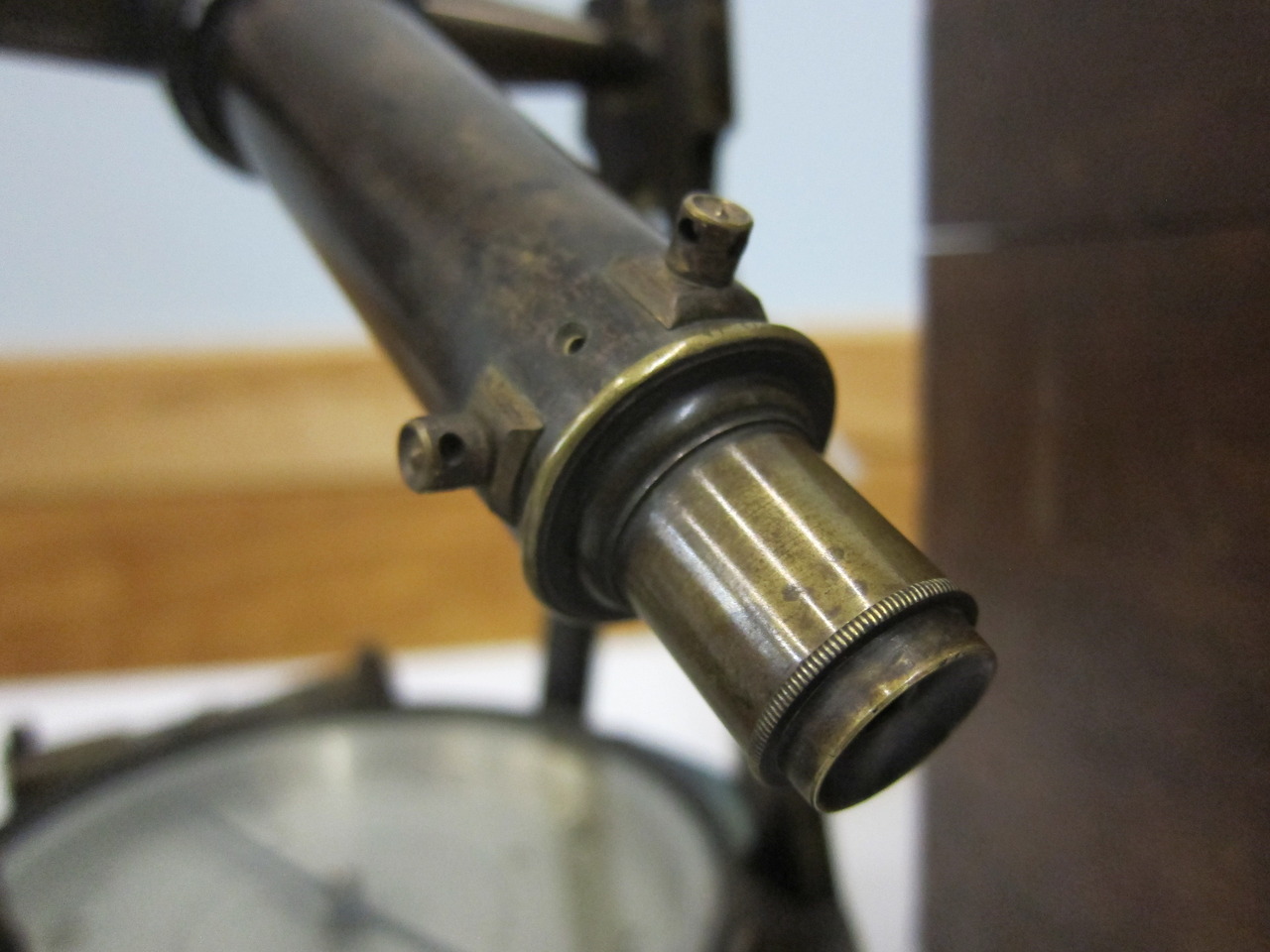 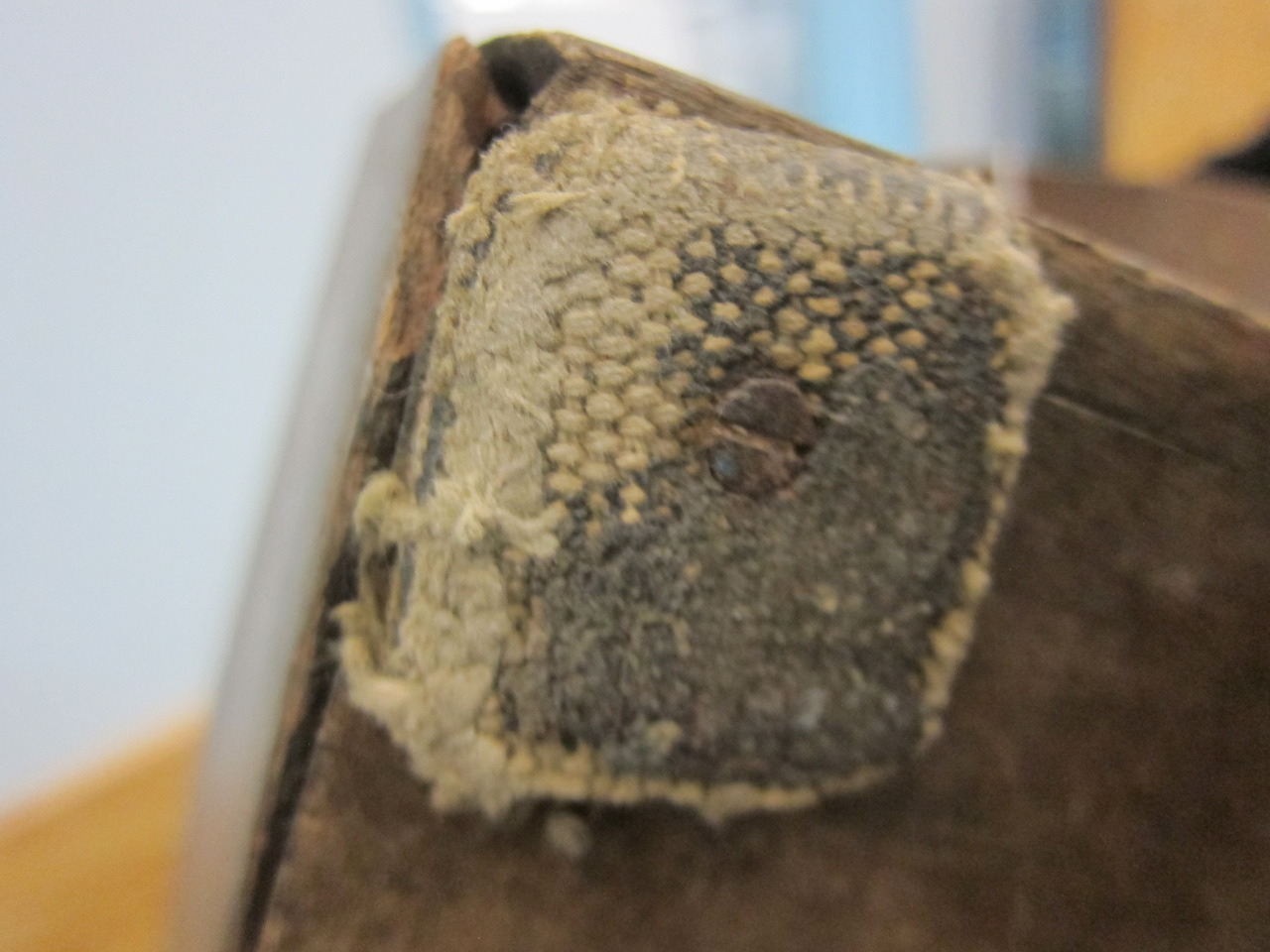 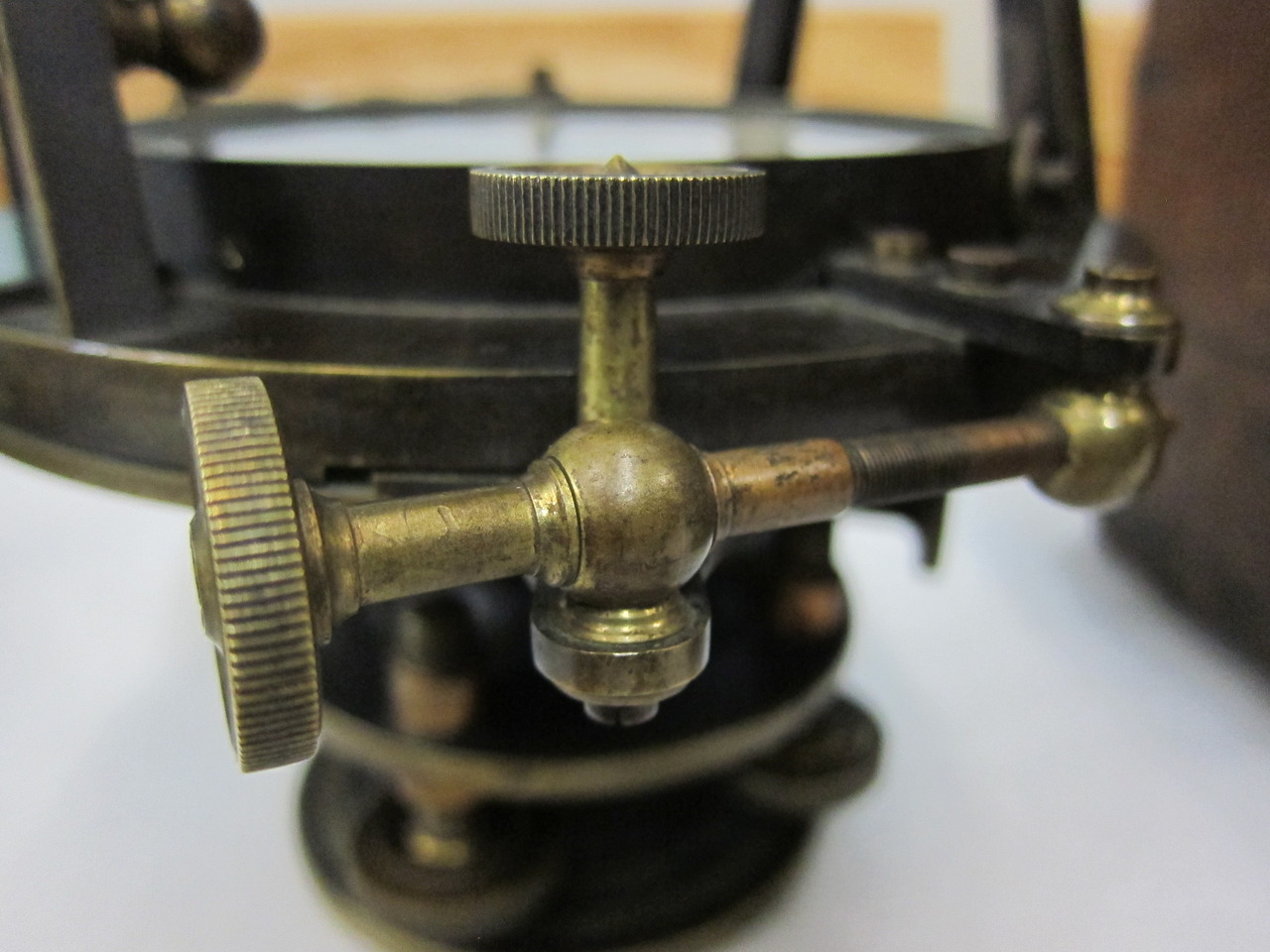 This transit was a key instrument for surveyors, as it was used for measuring horizontal angles (and later vertical angles as well). Transits were invented in 1831 in the United States and were popular for their versatility, durability, and cheap pricetag. Like most transits, this one is made of brass, with silver, glass, and liquid components.

The transit was made ca. 1861-1866 by Charles Hearn in Montreal. At one point it belonged to James Moffett (1829-1911), who lived in Wakefield, QC. Moffett was a native of Quebec but was of Irish heritage. He worked as a farmer and in the 1870s qualified as a provincial land surveyor, which is likely when he started using the transit. Despite its long history the transit is in relatively good condition, with a few evident repairs and replacement parts.

Manufactured or distributed by Charles Hearn.

Photographs by student in HIS4135