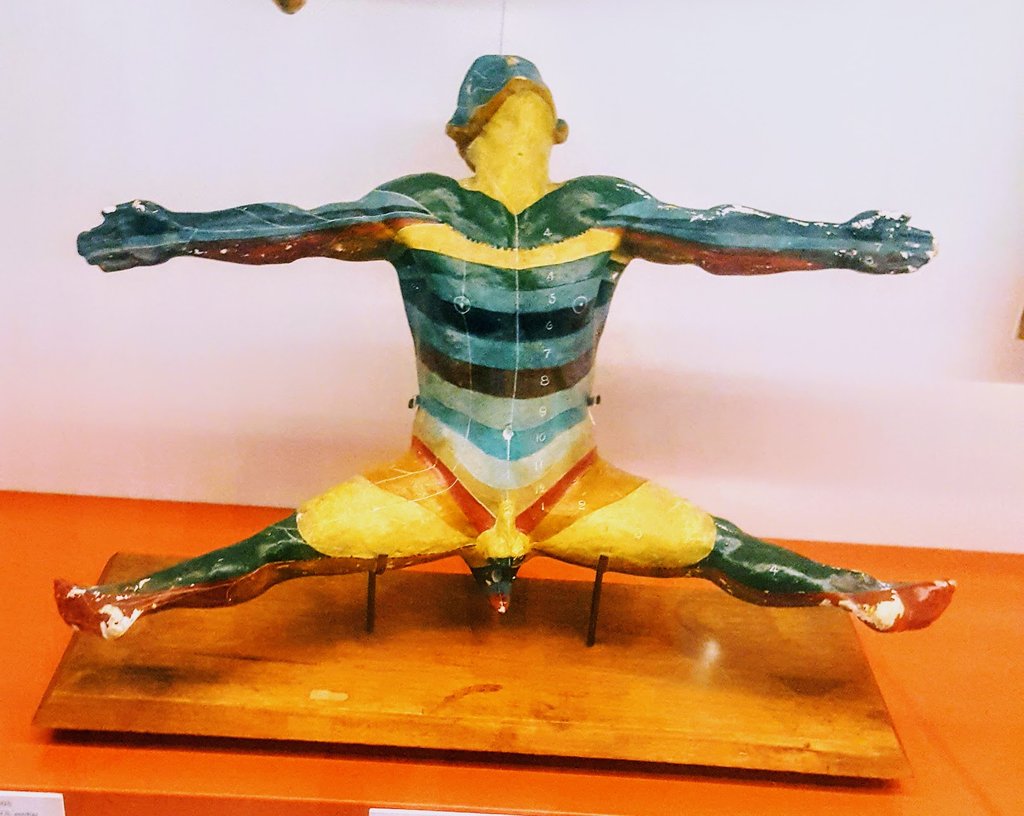 Model of human Dermatome on loan from the Maude Abbott Medical Museum at McGill University.

It was purchased in 1913 by Professor of Anatomy, Auckland Campbell Geddes (1st Baron Geddes) who had and taught at the University of Edinburgh. Its creation can be dated to approximatively in the early 20th century.

*Hover over the image to find out more about how we explored this model with 3D scanning and printing. Here is the original 3D scan.

It is now on Display in the "Touch" section of the Medical Sensations Exhibit at the Canada Science and Technology Museum.

Here is what I discovered about this model  during a visit to the UOttawa anatomy lab.

The Dermatome man was used in the 20th century at McGill University to teach about the sensory regions of the human body, and how they relate (are mapped) according to the central nervous system and spinal cord.  The can also be used in the case of a patient experiencing dermatomal sensory loss and how this phenomenon can depend on the regions where the nervous tissues and the skin are located.

In a common dermatome, there are five categories of spine segments: cervical, thoracic, lumbar, sacral, and coccygeal spinal nerves in which the sensory information is transmitted. Those segments get stacked and are displayed horizontally on the upper body, but branch out at the end of the spinal cord to go towards the lumbar and sacral regions where they circle around the legs. Commonly referred to as dermatome maps by doctors and medical students as they represent a sensory guide to the areas of the skin.

The McGill Dermatome Man is made out of glazed Papier mâché. The model was painted in different colors that each represent a region of the skin where the nerves are connected. Due to the long years of use and exposure, McGill’s dermatome man has a painted surface that has started to fade and and crumble, such as the left hand where the papier maché has started to come apart due to the years of usage, exposure to light, and its natural course.