The wax model was made in the Faculty of Medicine at the University of Toronto in 1932 by Maria Wishart as an educational tool for undergraduate classes and hospitals and then made its way to the museum division to be stored and showcased. According to Nicholas Woolridge (director of University of Toronto’s Master of Science in Biomedical Communications), Wishart “understood the importance of research, close observation, and careful and accurate representation”. With that being said, the wax model laid the groundwork for the visualization of human anatomy that at the time was rarely observed in such vividly realistic way.

Wax models are often made as artworks made primarily as examples to showcase in three dimensions specificities that the public would not usually be able to see and things that can explain in three dimension the symptoms, diagnoses and surgical procedures that a photograph cannot really be able to demonstrate. Interestingly, no two anatomical sculptures follow the same procedures and everyone seems to invent their own way of creating complex models. 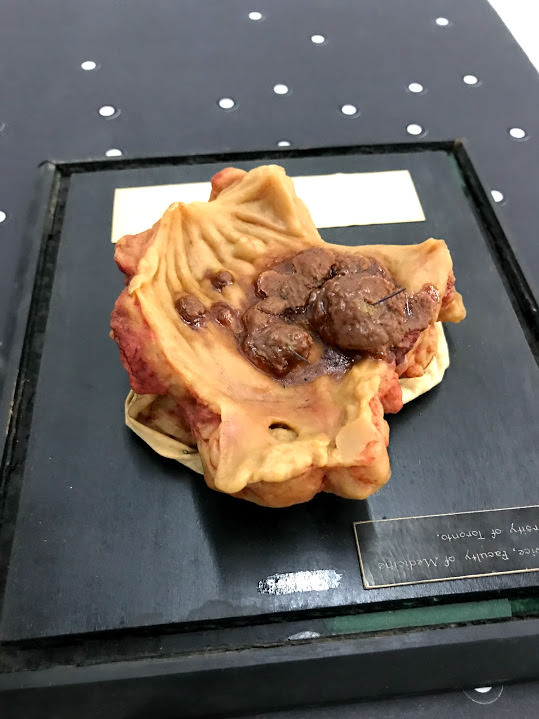 (Wax moulage of bladder cancer, made by Maria Torrence Wishart, 1932, University of Toronto. Now part of the medical collection at Ingenium: Canada's Museums of Science and Innovation) With that being said, an assumption can be made that anatomical wax makers had to produce something that suits the materials that were available to them in their respective period and an artistic style that would suit the intended recipient. For example, the European style of waxes had an elegance and beauty to them that some may find quite disturbing when viewing it in the context of the human body. However, on the contrary and more in line with Maria Wishart’s approach, the British models are absolutely brutally honest about the representation of the human body and its components. When creating the artistic aspect of realism, Wishart follows the common approach of less is more for the reason that it really does not take many touches of colour to create a lifelike representation of human anatomy.

As was previously mentioned, the original use was intended to serve as an educational tool to allow students to visualize and understand the properties of bladder cancer. An immense amount of detail was put into creating the most realistic representation of how the disease looks, which is why this was meant to educate, rather than as a piece of art. Marks of its use is not extremely evident due to the intended purpose of the model being representation, however, the piece of parchment used to identify its origin has faded to rugged, pale yellow. Additionally, the font utilized seemingly does not represent a computerized technique, but more so a typewriter style of writing which serves as a mean to confirm the time period it was fabricated in.

On that note, the appropriateness of the material and texture used were relevant at the time since the overarching goal was to push forward the notion of realism. A smooth, pale beige and yellow colour was used to illustrate the bladder itself, while a darker more rough brown and red was used for the cancer. With this model, we saw anatomy as a way to not only understand parts of the body, but to see the progression of disease.

The medical field subsequently shifted its focus to plastic models due to its non-fragile nature and low labour cost to create. Unlike the wax models, students were able to manipulate the moving parts of the human body with the plastic models and were able to visualize it in a hand-on approach. However, a known and widely discussed advantage of the wax models was the realistic representation it provided. When it comes to humanizing aspects of the human body, invoking an individuals emotions is crucial to the process - and having a model that was created with extreme care and attention to detail can make all the difference. 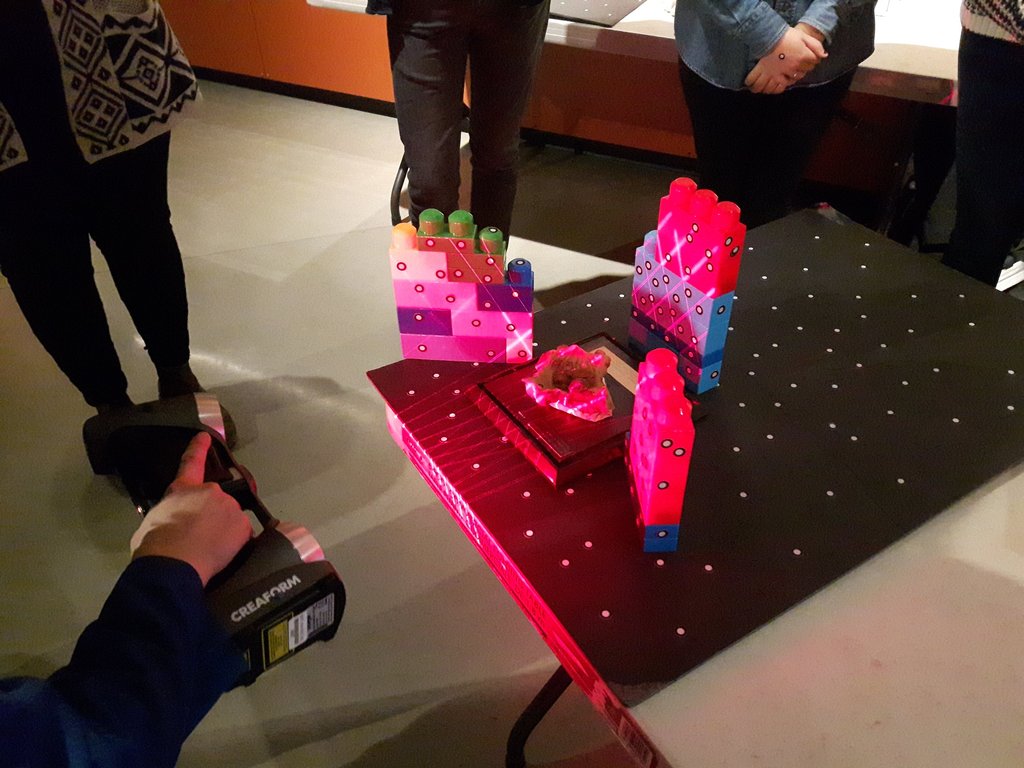 Precise and complex 3D prints need an increased amount of time to complete and the MakerSpace Station at the University of Ottawa is only open during regular work hours. In order to have an accurate representation of the Bladder Cancer Wax Model, during my visit to Calgary - I utilized their 3D Printers at the Taylor Digital Library for a full 14-hour printing job! 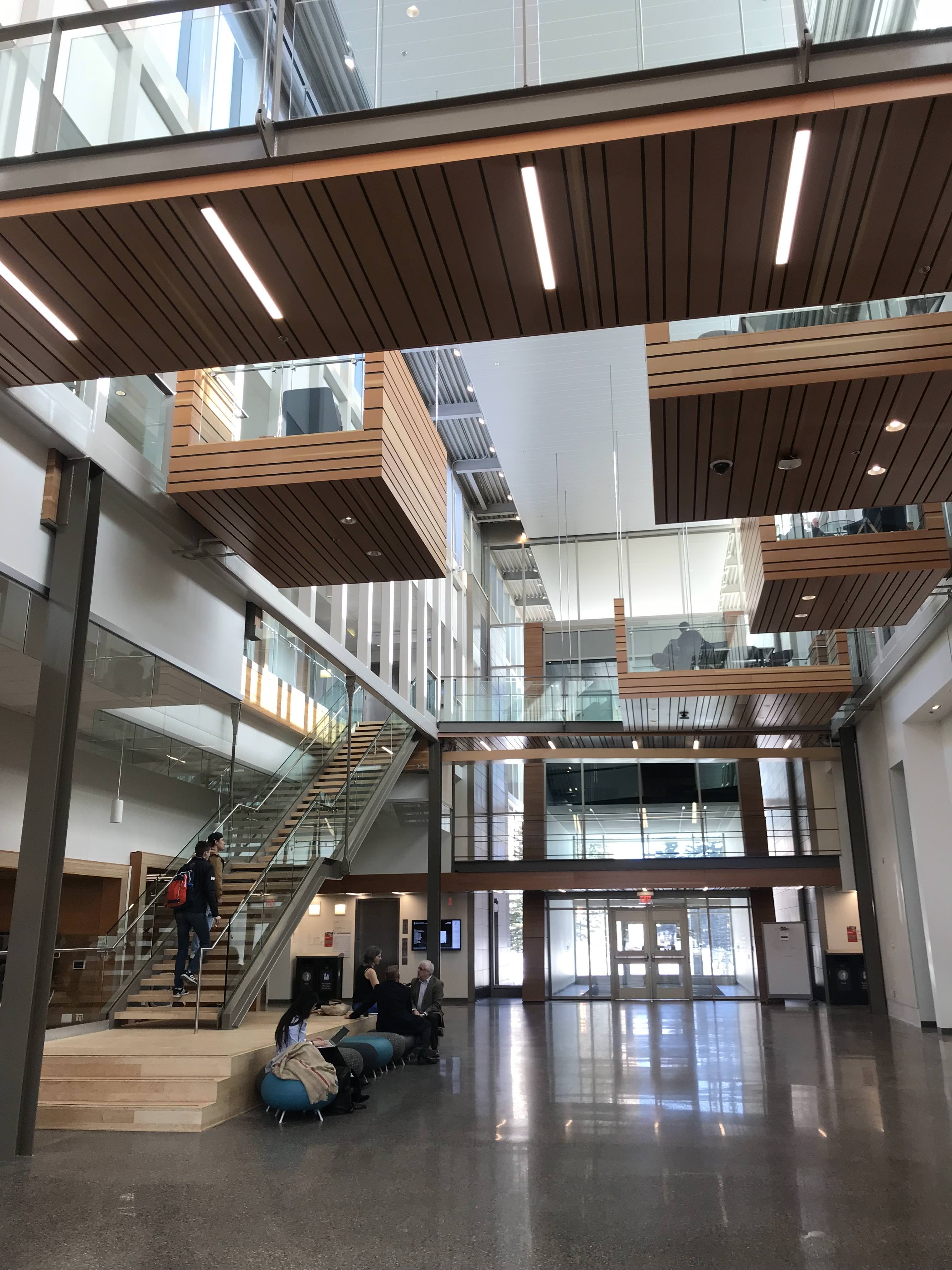 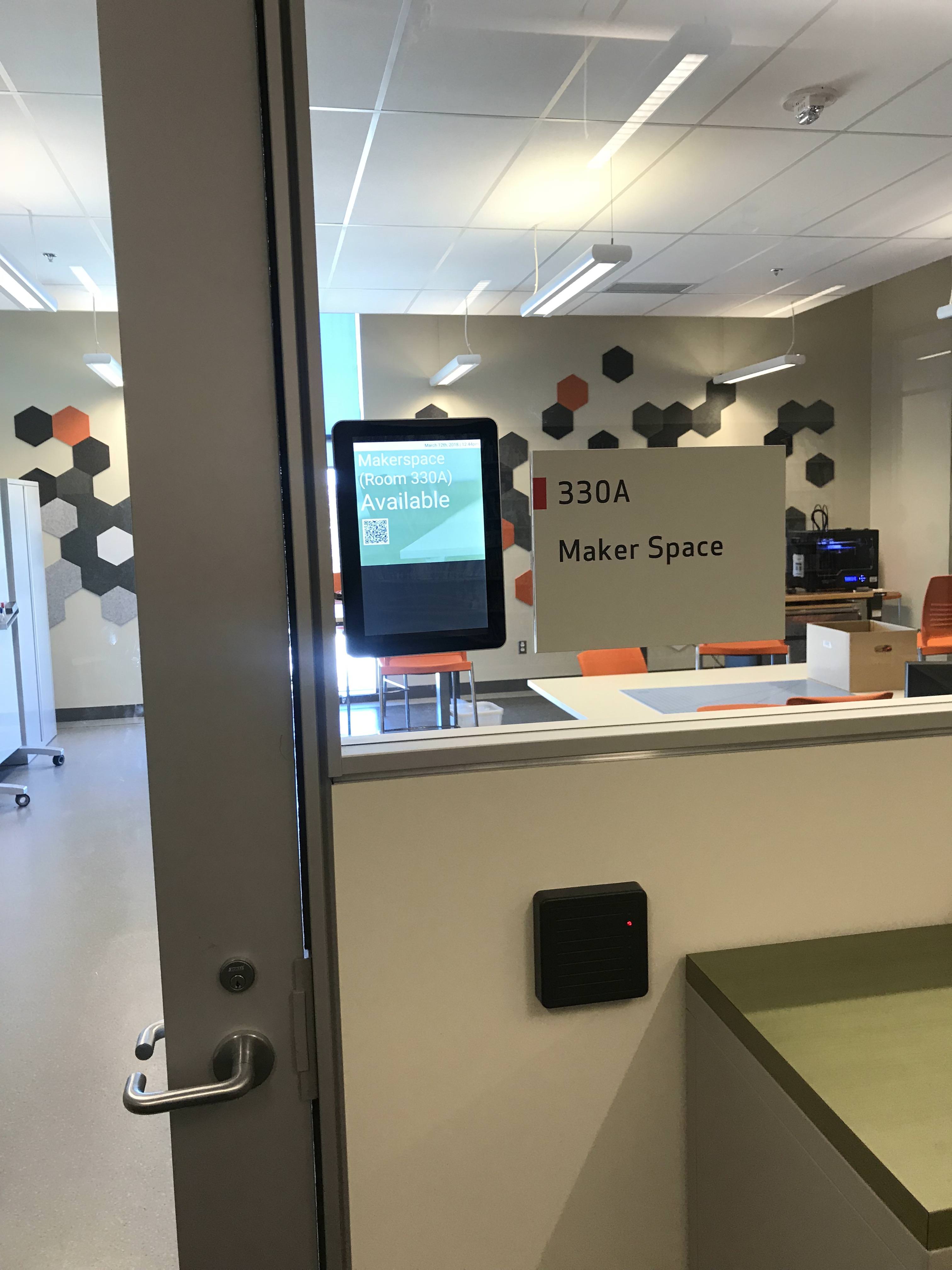 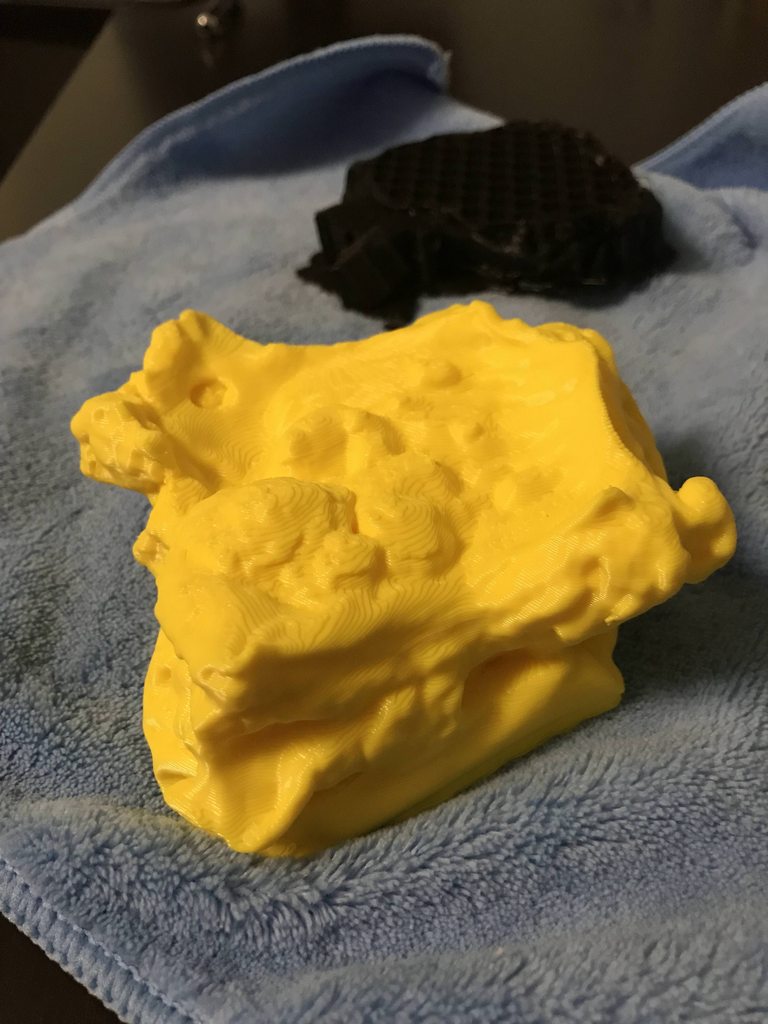 As we know, beauty is in the eyes of the beholder - which is to say that aesthetic judgements about the perceived value of art or its educational use are subjective. This saying was proven to be quite true during a demonstration with some young kids. Every person is different - so every judgement will be different. Additionally, students in the Digital Humanities class were already looking at these objets from an educational perspective, however, it became evident that collectively as a group we were suffering form tunnel vision. Children have a different set of sociological experiences and different ways in which they were nurtured at a young age. In the case of the wax model of bladder cancer, what was immediatly evident for the young children was relating it to something they know and have experienced - their own body. Upon asking them what it reminded them of, one expressed it looked like "boogers" (a relation based on their own backgrounds and what they know). Additionally, when the kids were informed about the history of the wax model, they expressed that it seemed quite similar to the story of Terry Fox (a big role model and a figure that is spoken about in elementary school and highschool) or Michael Jackson (relation to a sickly-figure). To sum up, having an outside perspective into your object provides an unparalleled and extremely important idea into how others perceive objects. Art is truly subjective, which is especially very important during the data curation process. You always need to keep in mind that everyone will interpret items differently based on their own backgrounds and experiences. 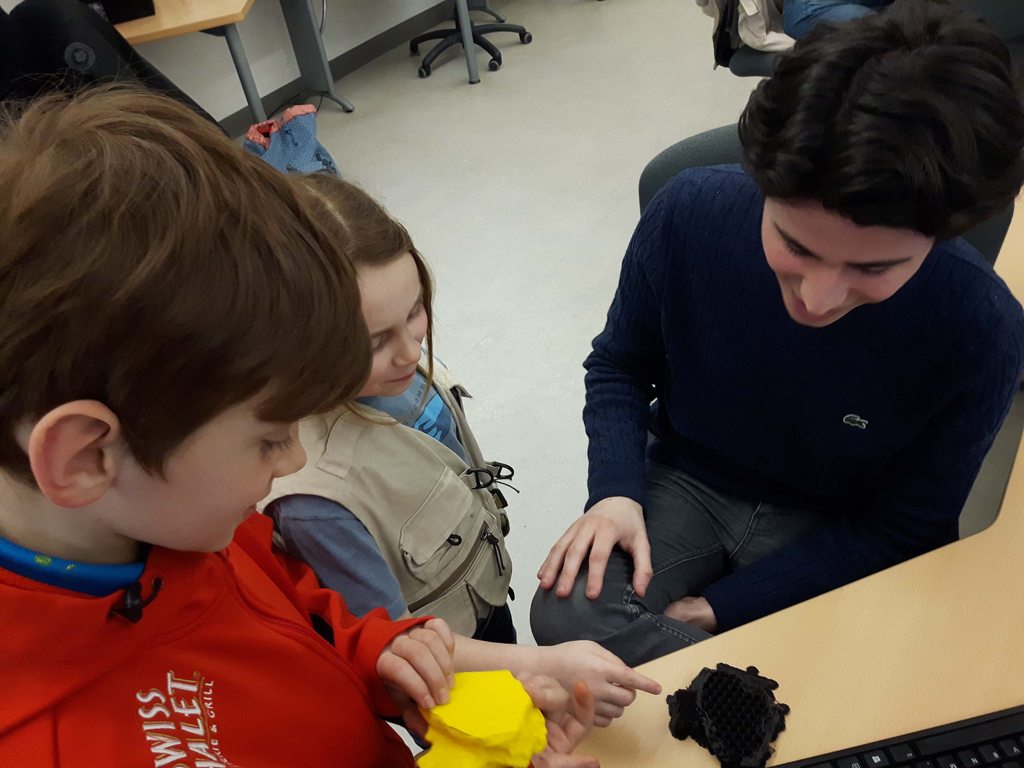