The Spanish Civil War (1936-1939) was the antechamber of World War II. It created a groundswell of international solidarity, as proof was given that the people in arms could stop the spread of authoritarian conservatism and its fascist offspring. Important international solidarity campaigns were held all over the globe, involving non-military and military initiatives, in both the legal and extralegal spheres.

Ultimately, the Republic lost the war because of a lack of military support from liberal democracies comitted to appeasement or neutralism. It did, however, win hearts and minds abroad, as its posters and songs remain popular. Moreover, the campaign for Spain is at the origin of later ones, such as the campaign for Solidarnosc, for the victims of apartheid or dictatorships in the Global South.

This page features various content exploring and discussing international solidarity in the context of the Spanish Civil War.

In November 2020, two new books have been published on the topic of the Spanish Civil War: "Guerre d’Espagne et socialisme international: Dernière chance pour l’ordre démocratique d’entre-deux-guerres" by Nicolas Lépine, and "Not for King or Country: Edward Cecil-Smith, the Communist Party of Canada, and the Spanish Civil War" by Tyler Wentzell.

These books were launched at the Ottawa Historical Association’s first virtual book event. This event was hosted by Dr. Dominique Marshall, a specialist in INGOs, and Michael Petrou, a historian and war journalist.

This book documents the little-known political solidarity campaign of the international socialist movement for the Spanish Republic (1936-1939), the first of such magnitude. It relativizes, on the one hand, the passivity of continental socialists, and on the other hand, the ineluctable character of the Second World War.

An appropriate reading for current times; those of the agony of the post-World War II international order (translation of abstract, Presses de l'Université Laval).

The following is a recording of the author discussing writing process and content.

"Not for King or Country: Edward Cecil-Smith, the Communist Party of Canada, and the Spanish Civil War"

"Not for King or Country" tells the story of Edward Cecil-Smith, a dynamic propagandist for the Communist Party of Canada during the Great Depression. It is the first biography of a Canadian commander in the Spanish Civil War, and is also the first book to critically analyze the major battles in which the Canadian and American volunteers fought (book abstract, University of Toronto Press).

In this conversation, Dr. Michael Petrou discusses with Tyler Wenzel the latter's book "Not for King or Country: Edward Cecil-Smith, the Communist Party of Canada, and the Spanish Civil War". 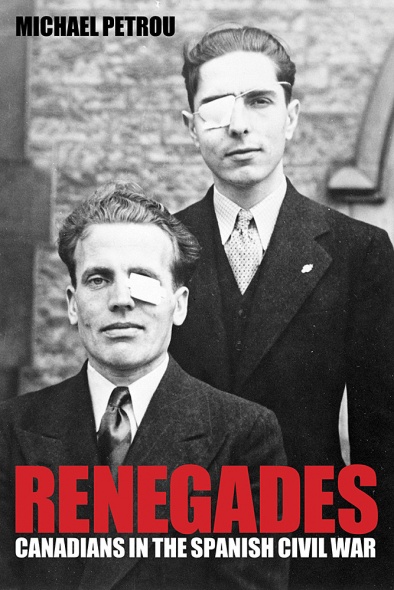