Shakespeare in Canada: Exploring Our Cultural History through Digital Humanities

A project to create an online interactive cultural map of the presence of the Bard and the way in which his works have shaped Canadian culture.

Providing metadata for 150 years of Shakespeare productions in Ottawa, Canada’s Capital, from Confederation (1867) to 2017, this site includes professional, traveling, and amateur productions, theatrical adaptations, as well as dance and opera.

Total number of productions of Shakespeare Plays in Ottawa (1867-2017)

294 productions have been identified thus far. Below are three charts showing the total number of productions of Shakespeare plays by decade, by play in order of value, and by play in alphabetical order. 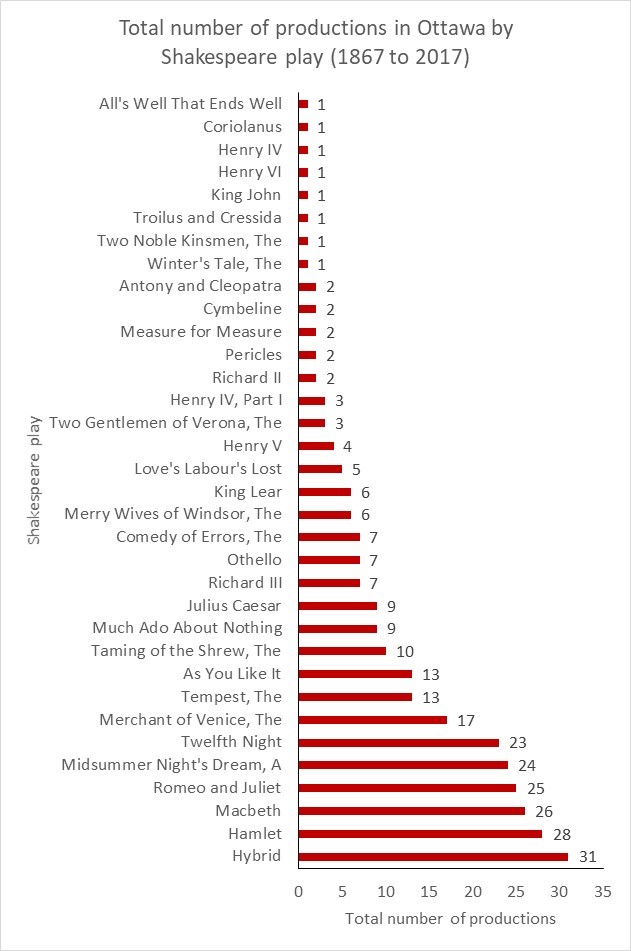 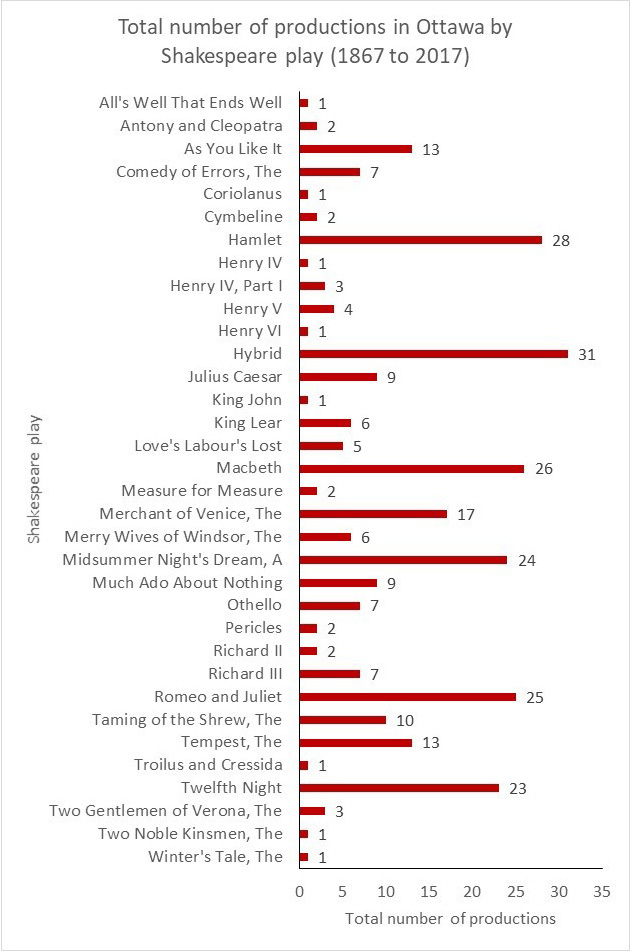 Link to the charts