Selecting the period of study was crucial. We had hoped to use immigration data from every Census from 1996 to 2016, but faced a challenge with the 2011 Census year.

The project explores immigration to Ottawa principally between the years of 2006 and 2016, with the inclusion of data from the 1996 Census. The project was undertaken in this manner because of the discrepancy in quality between the usual long-form censuses and the 2011 National Housing Survey (NHS). There were concerns about the quality of the data contained in the NHS, due to the fact that it was a voluntary survey. The NHS likely does not have the same quality that the usual long-form census has, so this influenced which censuses the team worked with. This led the group to look at censuses by decade (with years ending in 6). The data from each census is also framed by certain questions, which differ between the different censuses ex: Questions about the ethnic origin survey takers or a person’s first language. For instance, to better understand the first language of immigrants to Ottawa, the 1996 census was employed for the sake of a better picture in this area.

The Data Team was responsible for extracting, cleaning and preparing data for the project. Xuanqi and Lori worked together to learn more about Census data. They used two data sources to help them:

These two databases allowed the Data Team to extract immigration data at the appropriate geographic level and with the desired fields for this particular project. 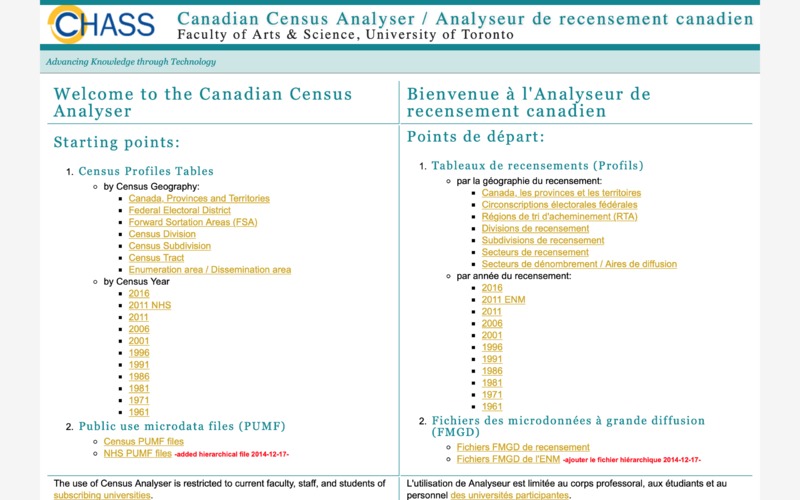 CHASS Data Centre is the collection of on-line databases and custom-built search and retrieval programs are maintained by Computing in the Humanities and Social Sciences (CHASS) at the University of Toronto. University students and professors are members of the Data Centre and can login through their University account. (Tip: University of Ottawa members can login here.)

CHASS has many data products related to the Canadian Census. For our project, which focused on immigration to Ottawa, Ontario, we worked with the Census Tract data, which allowed us to extract the relevant data fields for this project related to immigration to a local level of geography. Specifically, we were interested in Language, immigration, citizenship, mobility and migration data.

Downloading data was relatively easy to do, but there were a few learning curves for first time users. For our data, the census tracts (CT) were identified by their CT code, so we had a little bit of data preparation to do. 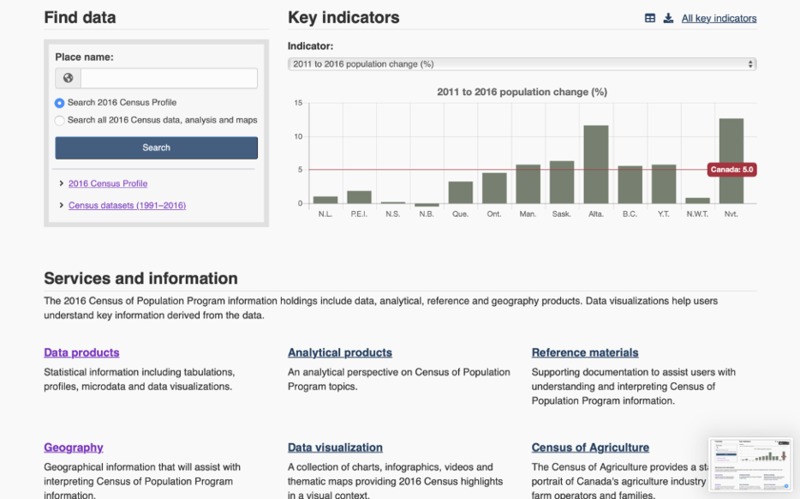 We used data from Statistics Canada for working with language data. For this component, we worked with a Census Metropolitan Area (CMA) data, which is a higher level of geography than CT data. The Data Team wanted this level because it provided more granular detail on a variety of Census questions relating to language, including Mother Tongue, Languages Spoken at Home, and Languages Spoken at Work.

One thing we learned about working with Census data from Statistics Canada is that the data products change from Census-to-Census. This was particularly true of the language data. We were able to extract data tables for langauge of Mother Tongue and non-official langauge spoken at home for the three Census periods we were working with (1996, 2006, 2016), but the 1996 Census did not have a question about language spoken at work. This particular question has only been asked in the Census of Population since 2001.

Animated infographic of the Top 10 Mother Tongue Languages Spoken in Ottawa for the 2996, 2006, and 2016 Census Periods (created by Xuanqi Dai)

← What is the Census?
Mapping Immigration →
Working with Census Data