The students in the Digital Humanities Capstone class are known as the Data Mappers. They are a group of seven students completing their undergraduate degree in the 2019-2020 academic year. 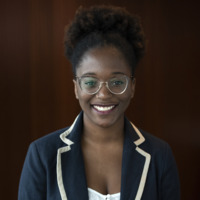 Candide Uyanze is a student completing her B.A. in Communication with a Minor in Digital Humanities. When she isn't dreaming about her next creative project, Candide enjoys partaking in multimedia production, music festivals, event planning, and sewing. In the Fall of 2020, Candide will begin her Master's in Digital Futures, researching free open source software, the digital divide, representation in the media, and inclusivity through technology.
As Project Manager for the Data Mapper's team, Candide was in charge of supporting all of the research teams to ensure that all moving parts worked together with the help of the project management tool, Notion. She has spent the majority of her time working on the ethnic cuisine data in Ottawa, with Lori and Liam. 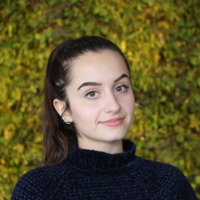 Lori Antranikian is a fourth year Computer Science student with a Minor in Digital Humanities at the University of Ottawa. Ever since being introduced to digital humanities, she has really enjoyed combining her computer science skills with humanities related projects. When she is not in school or at work, she spends her time working out, watching Netflix and cooking.

A member of the Data Team, Lori was responsible for generating scripts to extract restaurant data from Zomato. A wizard at using Python to call data through an API Key, Lori was able to help curate a dataset of ethnic restaurants in Ottawa. 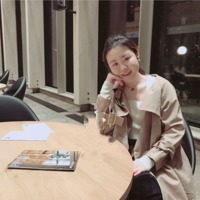 Xuanqi Dai is in the final year of her undergraduate degree in Social Sciences, with a double Minor in Economics and Digital Humanities at the University of Ottawa. Born in China and as an international student at the university, Xuanqi realized her personal passion for DH after she finished the introductory course in the program. The DH program has provided her with transferable skills that she has been able to apply to other media and data analysis courses. Xuanqi has worked as a new media operator and has participated in the showcase competition with DH class, where she explored data visualization and information studies. Xuanqi hopes to pursue a Master of Information studies in the future, with the goal of working in a data-related job. She is also interested in classical music, musicals, travel, video-creating and essentially anything else with the visual arts and music world. 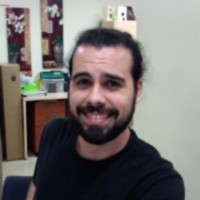 Sébastien Sanscartier is in his fourth and final year at the University of Ottawa studying Computer Science with a Minor in Digital Humanities. Sébastien is currently working as a junior developer at uOttawa IT with the hope of one day being a programmer analyst.

A member of the Tools Team, Sébastien worked mainly on data curation and geo mapping on this project. Using ArcGIS Online, Sébastien created all of the maps for this project so that they could be used to compare regions of settlement within Ottawa and to map ethnic cuisine! 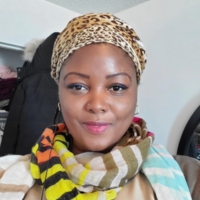 Aretha was part of the Tools Team and was responsible for the conception and design of the project using ArcGIS StoryMaps. She evaluated a variety of StoryMaps projects to get a feel for how geo-spatial and cultural data could be presented for an engaging narrative.

The Research Team worked closely together to do research on the Census (in general) and as it relates to this project on the topic of immigration. They also combed through Ottawa's restaurant and food guides to find stories about chefs and restaurant owners that opened restaurants in the national capital region after immigrating to the city! Their research touched every part of the narrative in this story! 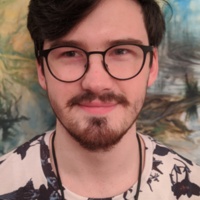 Liam Baker is a fourth-year student majoring in history and minoring in Digital Humanities. His research interests include examining historical injustices in order to bring light to the margins of the past to improve our understanding of these events for the sake of the future and to dismantle our national myths. Outside of school, Liam enjoys baking sourdough bread and constructing imagined worlds for his friends to explore in Dungeons and Dragons. 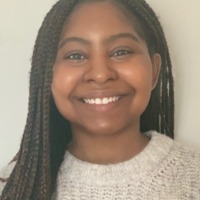 Yasmine Robinson is a fourth-year honours student at the University of Ottawa majoring in Communications with a Minor in Digital Humanities. Yasmine has a passion for digital communications, multimedia and photography. She has previously worked as a digital marketing assistant and is currently working at Health Canada as a Social Media Officer. After graduation, she hopes to start a master’s degree in Digital Marketing and pursue a job in digital communications.

← Defining our project
What is the Census? →
Meet the Data Mappers